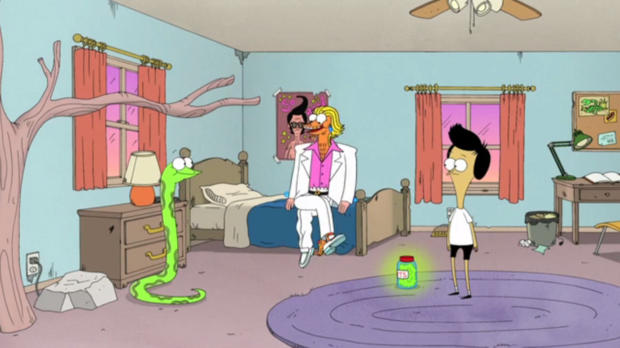 Nickelodeon’s hit animated series Sanjay and Craig debuts its first 30-minute primetime special this Friday, May 16, 7:00p.m. (ET/PT). In the episode, “A Tail of Two Slithers,” Craig meets his long-lost brother, Ronnie Slithers, who uses devious methods to try and turn the dudes against one another.

Now through May 17, viewers can head to Nick.com and the Nick App to watch five “Best Bro” themed episodes of Sanjay and Craig.  Fans can also check-out the brand-new video, “Real Snake vs. Craig” and play 12 Frycade games inspired by the series including Cul-de-Sac Man, Do Your Taxes, Road Pugilist II, Zombies in Da House, among others. Additionally, Sanjay and Craig is available on Nick.com and the Nick App the day after air and for purchase on our DTO partners including iTunes, Amazon Instant Video, Vudu, Xbox Video and Playstation Store.