Former 'Grey's Anatomy' star teams with Canadian director Ann Marie Fleming to back an animated drama about a Chinese-Canadian poet in Iran. 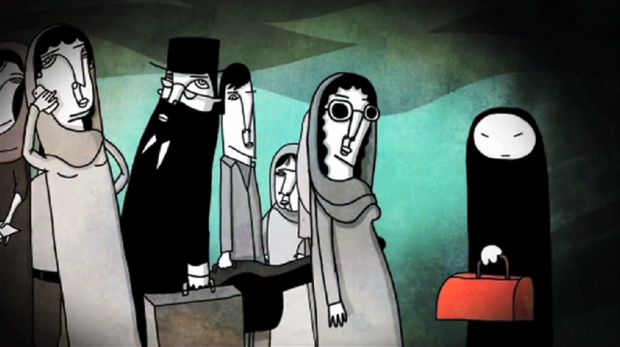 In the coming-of-age story, Rosie Ming, a young Canadian poet, is invited to perform at a poetry festival in Shiraz, Iran, but she’d rather be in Paris.  She lives at home with her over-protective Chinese grandparents and has never been anywhere by herself. Once in Iran, she finds herself in the company of poets and Persians, all who tell her stories that force her to confront her past: the Iranian father she assumed abandoned her, and the nature of Poetry itself.

Rosie, voiced by Oh, goes on an unwitting journey of forgiveness, reconciliation, and perhaps above all, understanding, through learning about her father’s past, her own complicated cultural identity, and her responsibility to it. It's about building bridges across generations and cultures through the magic of Poetry. Nancy Kwan (The World of Suzie Wong) is set to voice Rosie’s grandmother.

The duo launched an Indiegogo campaign on October 27 to raise $130,000 to help finance the film, and with 37 days left to go, the campaign is already 12 percent funded with $15,768 from 143 backers. The crowdfunding campaign is looking to cover the animation costs for lead artists Fleming and Kevin Langdale and an enlarged team of artists.