‘Samurai Jack: The Premiere Movie Event’ in Theaters for One Night Only 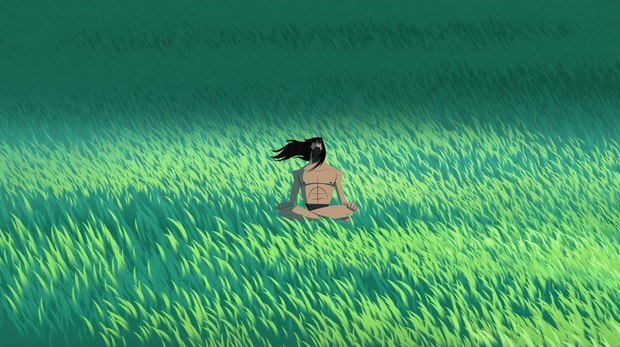 Presented by Fathom Events and Adult Swim, Samurai Jack: The Premiere Movie Event will be shown in U.S. cinemas for one night on Monday, Oct. 16, at 7 p.m. local time.

Offering fans the ultimate Samurai Jack experience, the exclusive one-night cinema event will captivate audiences with special content filmed for this exclusive event and never-before-seen bonus material from the highly anticipated complete series box set prior to its release on Oct. 17, alongside other special surprises. Tickets for Samurai Jack: The Premiere Movie Event can be purchased online by visiting www.FathomEvents.com or at participating theater box offices. Fans throughout the U.S. will be able to enjoy the event in more than 500 select movie theaters. For a complete list of theater locations, visit the Fathom Events website (theaters and participants are subject to change).

Created by celebrated animation director Genndy Tartakovsky, Samurai Jack follows a young Samurai after he is sent to the future by the evil wizard, Aku. With the determination to defeat the wizard and undo his destruction, Jack sets off on a daring journey to return to the past and defeat Aku once and for all. Gathering allies and combatting other villains along the way, Jack battles to accomplish his mission and restore the peace of the past. The intense Fifth Season concludes the journey of its time displaced iconic star, as he finally completes his mission 50 years after the events of the original series.

Samurai Jack: The Complete Series box set includes all five seasons of the highly-acclaimed animated series, featuring all 62 heart-pounding episodes and never-before-seen bonus features, as well as a one-of-a-kind metal art print created especially for this collector’s item. Fans will also relive the first four seasons in HD for the first time as each episode has been remastered to perfection.