Actress, producer and director is the recipient of The Women’s International Film & Television Showcase Animation Award 2015 for ‘Kahlil Gibran’s The Prophet.’ 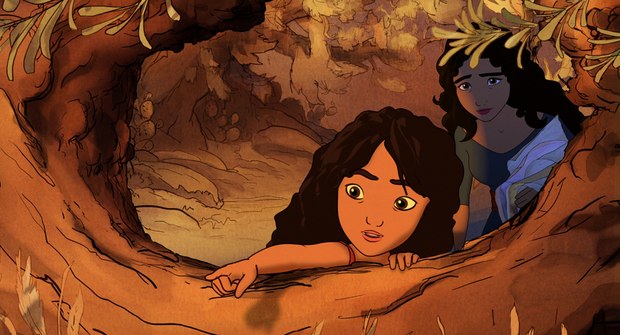 Hayek is among 23 honorees for the 2015 TheWIFTS Foundation International Visionary Awards announced by The Women's International Film & Television Showcase (TheWIFTS.org). The 8th annual celebration of women, held this month at Knoll in West Hollywood, honored women of the 21st century who with talent and conviction strive to make a difference in today's world.

As producer and actor in The Prophet, Salma Hayek brings to life a story that is near and dear to her heart and touches the hearts of viewers in a dazzling animated collaborative of life lessons and values that charm. Inspired by the book of the same name by the beloved Lebanese artist and poet, Hayek voices a character in the film alongside other talent such as Liam Neeson, John Krasinski, Quvenzhané Wallis, and Alfred Molina.

Salma Hayek was born and raised in Coatzacoalcos, Mexico, and studied International Relations in college in Mexico. An Award-winning prolific actress, producer and director, in both film and television, Hayek fought passionately to play the lead in Frida, the film about Mexico’s celebrated artist Frida Kahlo, which she also produced. For her outstanding performance in the lead role as Frida, Hayek was nominated for an Academy Award, Golden Globe, Screen Actors Guild and BAFTA Award.

The Honorees for The Women’s International Film & Television Showcase (TheWIFTS) Awards for 2015 include:

The overall theme of TheWIFTS Foundation International Visionary Awards 2015 was the Environment. Romola Garai was visually represented at the intimate luncheon for her body of work, and as a 'woman as an individual' whose strong, outspoken views on inequality have not hindered her career. The 'Environment' (spiritual, mental and physical) was reflected by filmmakers from a number of perspectives in the selected films from Evolution, to the images of Far From The Madding Crowd to The Freaky Fish, complemented by Honorees from other sectors of society with an eye to the 'Environment'.

From its inception in 2008 until 2011, The Women’s International Film & Television Showcase (TheWIFTS) presented a week-long event during which films were screened and voted on by a Jury. In 2011 TheWIFTS Foundation concluded it would be in the best interest of both the filmmakers and their films to initiate a Screening Committee comprised of kindred spirits who embody TheWIFTS core ethos of individuality.

After viewing many films, TheWIFTS 2015 Viewing Committee made their selection. The award-winning films were not only chosen for their content, originality, and sensitivity but also in some cases with an eye to the filmmaker's entire body of work.