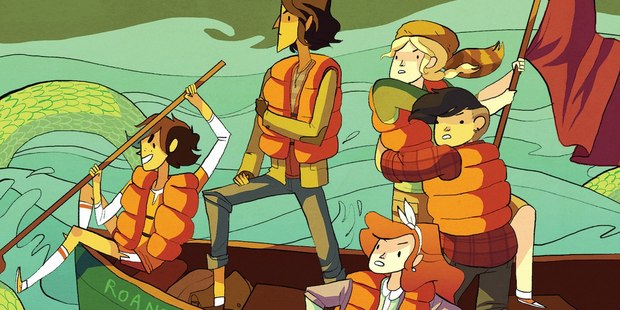 The publisher with the most wins was Dark Horse, with four plus one shared; IDW took home three awards, and First Second had two plus one shared. Four companies (BOOM!, DC, Image, and Locust Moon) had two winners. The rest of the awards were spread around the industry, with many companies sharing the awards wealth.

Among the other awards given out over the evening were the Comic-Con’s Clampett and Manning awards. The Bob Clampett Humanitarian Award, presented by Bob’s daughter Ruth, went to Bill and Kayre Morrison. The Russ Manning Promising Newcomer Award was a tie between Jorge Corona and Greg Smallwood; it was presented by past Russ Manning Award winner Scott McCloud.

The Will Eisner Spirit of Comics Retailer Award, given to a store that has done an outstanding job of supporting the comics art medium both in the community and within the industry at large, was awarded by Joe Ferrara to Packrat Comics of Hilliard, Ohio, owned by Jamie Colegrove and Teresa Colegrove.

The full list of 2015 Will Eisner Comic Industry Award Winners is shown below: