Sacha Baron Cohen May Join the MCU as Mephisto

The versatile actor is rumored to appear in Marvel Studios’ upcoming Disney+ series ‘Ironheart’ as the villainous Mephisto… or perhaps another villain altogether. 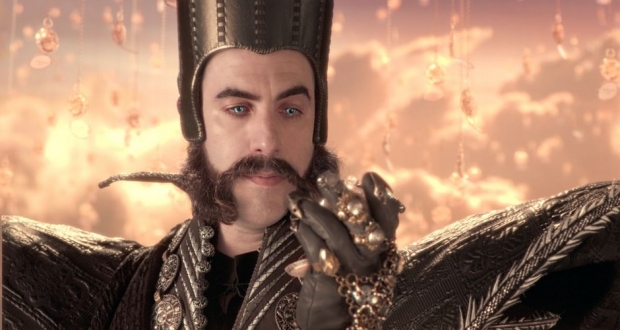 Rumors are flying that the versatile actor Sacha Baron Cohen (Borat, Les Miserables, Alice Through the Looking Glass) will appear in Marvel Studios’ upcoming Disney+ series Ironheart as a villain (with heavy emphasis on Mephisto). A source revealed to Deadline that, “there is talk on the set about Cohen being part of Ironheart, likely playing Mephisto. He also has been spotted at the Marvel facilities located at UK’s Pinewood Studios.”

Although insider sources and speculation can be misleading or straight up wrong, this new information holds some weight. Fans have been waiting for Mephisto to appear in the MCU for quite some time, as he is an enemy to both the Scarlet Witch and Doctor Strange, both of whom feature heavily in the current multiversal Phase. If Cohen does end up portraying the devilish baddie, it is quite likely he will also appear in the WandaVision spinoff Agatha: Coven of Chaos.

Ryan Coogler, along with Zinzi Coogler and Sev Ohanian of Proximity, will executive produce, joined by co-exec producers Kevin Feige, Louis D’Esposito, Victoria Alonso, Brad Winderbaum, and Zoie Nagelhout of Marvel Studios. Hodge also serves as exec producer. No word yet on who will handle the VFX for the series.

Watch for Mephisto in Ironheart when it lands on Disney+ Fall 2023.