The latest season of Rooster Teeth’s landmark anime series is now available to own. Warner Bros. Home Entertainment and Rooster Teeth have released Volume 8 of RWBY on Blu-ray and Digital, with a ton of unique bonus content including audio commentary for every episode from the show’s creators, and a look behind the scenes of the popular anime. RWBY, created by the late Monty Oum (Red vs. Blue), is one of Rooster Teeth’s most beloved, viewed, and shared series. As the first western-produced anime series to be distributed in Japan, its episodes have averaged more than 7 million views, and the franchise has accumulated over 275 million views since its inception.

The series imagines a world filled with horrific monsters bent on death and destruction, where humanity's only hope lies with powerful Huntsmen and Huntresses. Four huntresses in training - Ruby Rose, Weiss Schnee, Blake Belladonna, and Yang Xiao Long - journey far beyond the gates of Beacon Academy as they confront dark forces and work together to become the next generation of Remnant's protectors.

In RWBY – Volume 8, the heroes’ worst fears have finally been realized: Salem is here, and the timing couldn’t be worse for the divided Kingdom of Atlas. Fear has turned the friends into enemies, and doubt threatens to splinter Humanity’s remaining allies. With both Salem and Ironwood stacking the odds against them, and the fate of Remnant at stake, it’s up to Team RWBY to make their play before it’s too late. 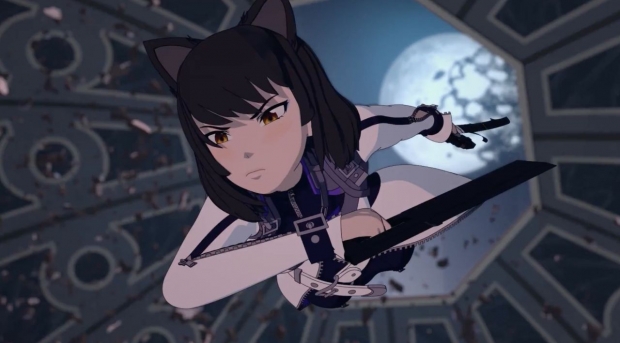