The creator of the popular anime series ‘RWBY’ dies from an allergic reaction during a medical procedure that left him in a coma. 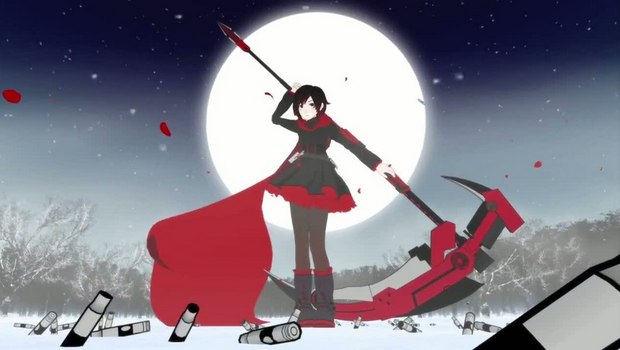 Monty Oum was the creator of the popular anime series ‘RWBY.’

AWN is saddened to report that Monty Oum, creator of the popular anime series RWBY, died on Sunday, February 1, at the age of 33, according to a post on the Rooster Teeth Productions website:

Our friend, inspiration and co-worker Monty Oum passed away yesterday afternoon at 4:34 PM surrounded by people who loved him very much. Ten days ago Monty suffered a severe allergic reaction during a simple medical procedure that left him in a coma. Although he fought bravely, his body was not able to recover. During his time in the hospital he was well cared for and never in pain at any time.

Monty is survived by his wife Sheena, his father Mony, his brothers Woody, Sey, Chivy and Neat, and his sisters Thea and Theary, as well as a countless number of fans and friends. We were so proud to be a part of his life and we will miss him greatly.

Your generosity during the hours after the public statement on Friday will help his family deal with the costs of his care and his passing. You made an incredible difference during a difficult time and we cannot thank you enough.

As for honoring Monty, we will do that in our own way. In lieu of flowers or gifts, we ask that you simply do something creative. Use your imagination to make the world a better place in any way that you can. If you know Monty like we do, then you know he would certainly be doing that if he were able to.

We love you, Monty.

Beginning his career making fan videos, Oum got his start in the industry with the Halo/Metroid fusion short Haloid, and his grasp of video games as a storytelling tool landed him jobs with both Midway and Bandai Namco Games. In 2010, Oum turned away from game design, choosing instead to become lead animator on season eight of Austin-based Rooster Teeth's Halo-inspired machinima, Red vs. Blue. After three seasons, he moved on to his own personal passion project: RWBY, an American take on the classic manga trope of monster-hunting high-schoolers. The show built a massive fan base even before the first episode went online, and has gone on to be a huge success for Rooster Teeth. A GoFundMe campaign has been established for contributions to Oum’s family to help with the costs of his care and passing.