Rap duo El-P and Killer Mike fight a cold-as-ice enemy in a stop-motion short directed by Chris Hopewell, based on a track from the band’s latest album, ‘RTJ4.’ 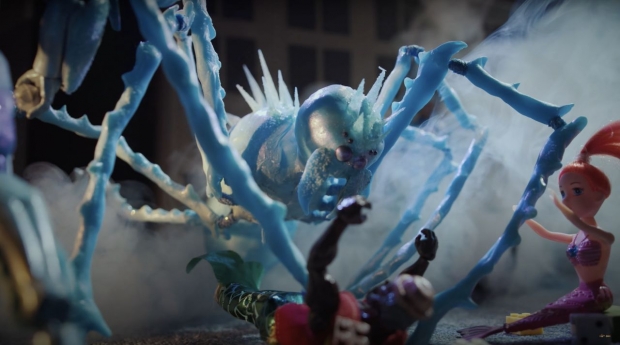 While many of the big Winter holidays are over, Run the Jewels is here to keep the chilly vibes alive with an animated stop-motion music video Walking in the Snow from their latest album RTJ4. Featuring duo EI-P and Killer Mike as action figures come to life, a “town” of toys must band together to defeat a cold-as-ice enemy. The animated short, this time produced by Jacknife Films, Black Dog Films, YouTube Music, and Unreasonable Studios, feels like the spiritual successor to the group’s previous animated short Yankee and the Brave, produced by Titmouse.

Watch the battle between toy and evil unfold now:

The short’s director, Chris Hopewell, who Hypebeast noted had worked with Run the Jewels before, stated, “﻿It was great to work with the RtJ guys again. Everyone was very aware of the gravity of the subject matter and RtJ didn’t want to be too obvious or on the nail with the visuals, so we went with an 80’s style fantasy look with evil snow warriors and their icy king oppressing the bedroom toys. Big thanks to the RtJ crew for their truth and for letting us work with their amazing music once again.”

Walking in the Snow features set design by Holly Jo Back and Harry Jenkins; animation by Cadi Catlow and Jacky Howson; character design by James Harvey and Richard Heard; with DOP assistance by Philip Powell.