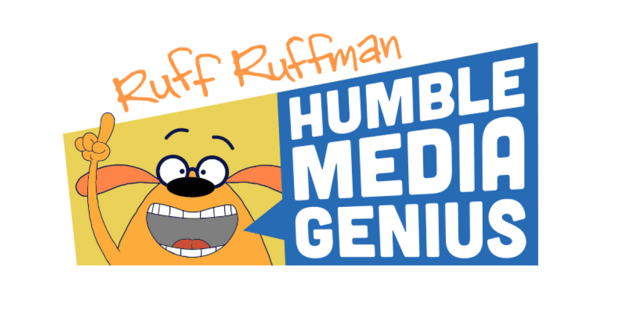 With a contemporary media literacy curriculum from a national board of advisers, and with supporting materials for kids and parents, Ruff Ruffman (along with his friends Chet and Blossom and his very own Grandma Ruffman) explores texting, sharing photographs, using search, and finding an appropriate balance of technology use with the help of original animation, interactivity, and resources for parents and for teachers.

The series has been spearheaded by Senior Executive Producer, Bill Shribman and EMMY-winning writer Gentry Menzel and has been funded as a pilot project by the Corporation for Public Broadcasting.

Bill Shribman, EMMY-nominated for his TV writing and a George Foster Peabody and EMMY-winner for his team's online work, he has produced for CDROM, Web, Sony PSP, interactive whiteboard, iOS and Android devices, interactive television, Wii, and even old fashioned newspapers and books. Over his 16 years at WGBH he has assembled a first-rate in-house production team: currently nearly 30 designers, developers, an EMMY-winning writer, and skilled production personnel creating original kids content as diverse as graphic novels to teach forensic science to HTML5 games to teach vocabulary.

WGBH Educational Foundation is one of the oldest and most accomplished producers of public television programming in the United States. Founded in 1956, WGBH Boston has built a strong record of excellence in the areas of drama, public affairs, and historical documentaries. With leadership from Vice President Brigid Sullivan, WGBH’s children’s series—which include Design Squad, ZOOM, Between the Lions, Arthur, Curious George, Martha Speaks, Peep and the Big Wide World, Fetch! with Ruff Ruffman, Postcards from Buster, Time Warp Trio, Where in Time is Carmen Sandiego?, Where in the World is Carmen Sandiego?, Degrassi High, Degrassi Junior High, and Long Ago & Far Away—have also enjoyed a long history on public television. It is recognized as one of the nation’s leading producers of media-based resources to support teaching and learning and at the forefront in exploring new technologies. WGBH has been recognized with hundreds of honors, including Emmys, Peabodys, duPont-Columbia Awards, and Oscars.