The animator, producer, director, and composer who worked diligently on some of the most popular stop-motion holiday films of the 1960s and 1970s with his production partner Arthur Rankin Jr. passed away on Tuesday. 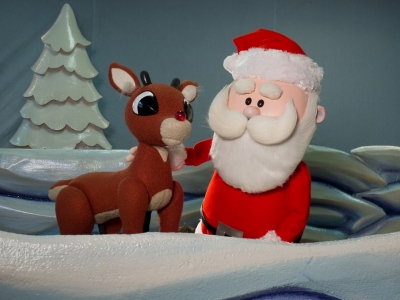 Jules Bass, the animator, producer, director, and composer who worked diligently on some of the most beloved stop-motion holiday television specials of the 1960s and 1970s, including Rudolph the Red-Nosed Reindeer, Frosty the Snowman, and Santa Claus Is Comin’ to Town, passed away on Tuesday at 87.

In addition to television specials, Bass and his longtime creative partner Arthur Rankin Jr. created multiple successful cel-animated, stop-motion full-length feature films and television series under their Rankin/Bass Productions banner. The duo’s The Little Drummer Boy Book II 1977 special garnered an Emmy nomination for outstanding children’s special, while 1978’s The Hobbit won the team a Peabody. Other notable projects include The New Adventures of Pinocchio, The Return of the King, The Last Unicorn, Thundercats, and The Jackson 5ive.

The prolific creative powerhouse was born in Philadelphia in 1935, and after university joined the advertising field, which led to a career at Videocraft International with Rankin; this meeting of minds would eventually lead to the creation of Rankin/Bass Productions. In 1987, after leaving producing and filmmaking, Bass dedicated himself to penning children’s books.

Bass’s passing was preceded by the death of his daughter, Jean Nicole Bass, who passed in January 2022 at 61 years old.