Fifty years later, children of all ages can celebrate the magic of Rudolph the Red-Nosed Reindeer with a brand-new 50th Anniversary Collector's Edition DVD and Blu-ray, available November 4. The 50th Anniversary Collector's Edition adds an unforgettable glow to the iconic music, beloved characters and heartwarming story of Rudolph's historic Christmas Eve ride and the mystical Island of Misfit Toys.

The 50th Anniversary Collector's Edition DVD and Blu-ray of Rudolph the Red-Nosed Reindeer also includes "Rudolph Unwrapped," a fascinating interactive section that highlights 50 little-known facts about the creation of the holiday special.

Viewers will discover the surprising identity of the talented artist behind the voice of Rudolph, uncover the secret of Sam the Snowman's pocket watch, and learn how reactions to the original 1964 TV audience for the special led to the version children of all ages have watched and loved for decades.

Based on the Christmas song of the same name by Johnny Marks and the story by Robert L. May, Rudolph the Red-Nosed Reindeer was produced by Rankin/Bass in a revolutionary animation style they called "Animagic." The stylized stop-motion animation brings to life the adventure of Rudolph and his very shiny nose. Although all of the other reindeer laugh and call him names, little do they know that Rudolph and fellow outcasts Hermey and Yukon Cornelius will soon come face to face with the Abominable Snow Monster, journey to the Island of Misfit Toys -- and find their way back home just in time to help Santa save Christmas. 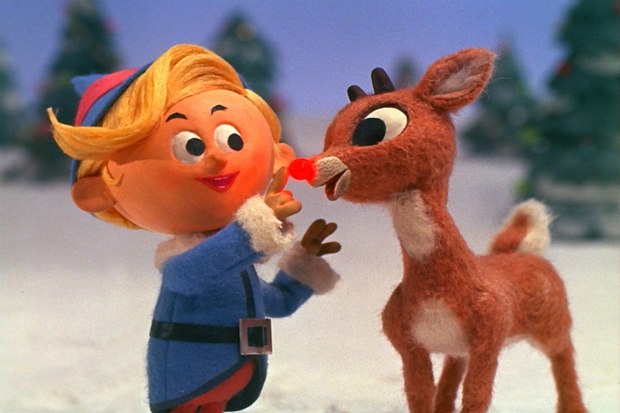