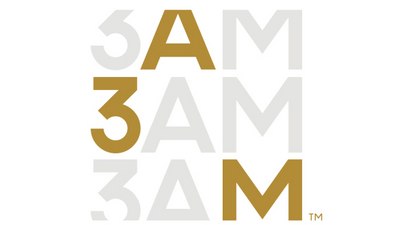 Los Angeles, CA -- Wild Card, an industry leader in theatrical advertising, and RSA Films, Ridley Scott’s award-winning commercial production company, have launched 3AM, a new venture geared towards the development of new forms of content and marketing for modern, global audiences. As a specialized consultancy, 3AM will collaborate with Filmmakers, Studios and Brands in the early stages of film production to create integrated content and marketing extensions.

The new company will bring together an array of expert creative talent across film, advertising, and branded entertainment, offering partners an agile model for creating and delivering content.

RSA President Jules Daly and Alison Temple will both serve as Managing Partners of 3AM. As an almost 25-year veteran of RSA Films, Jules Daly brings both commercial and theatrical creative production management chops to 3AM. Under her leadership, RSA has established a reputation for excellence and innovation that is revered throughout the industry and has garnered the industry's highest accolades.

Alison Temple, who will oversee the day-to-day operations of 3AM, is best known for her work at Fox Filmed Entertainment and her creation of its Creative Content Department in Domestic Theatrical Marketing. As Executive Vice President of the department, Temple is credited with generating groundbreaking content and working with the filmmakers and talent to create innovative marketing material for the projects. Temple was part of the core team that successfully launched campaigns for mega-franchise properties such as Avatar, X-men, Planet of the Apes, Alvin and the Chipmunks, Rio and Ice Age.

“Film studios have an entirely new and unique set of challenges when it comes to marketing movies,” said Jules Daly. “RSA and Wild Card realize that Hollywood marketing today is a beast of its own consistently challenged with capturing consumer interest. As a joint entity of such esteemed creative companies, 3AM can help alleviate those challenges and work with the studios to think outside the box and deliver groundbreaking creative.”

“Our goal with 3AM is to meet the needs of shifting consumer expectations around content” said 3AM’s Alison Temple. “To get there, we will work with the filmmakers, Studios and Partners before they start production to identify opportunities to align story and marketing. Combined with the strength of RSA filmmakers and artists we will be able to collaborate with the studios to create world-class marketing concepts across all platforms.”

Built on a partnership between RSA Films and Wild Card, the 3AM team’s vision is to help create tomorrow's most exciting entertainment experiences utilizing the collective power of storytelling, advertising, culture, and technology. 3AM is headquartered in Los Angeles, California.