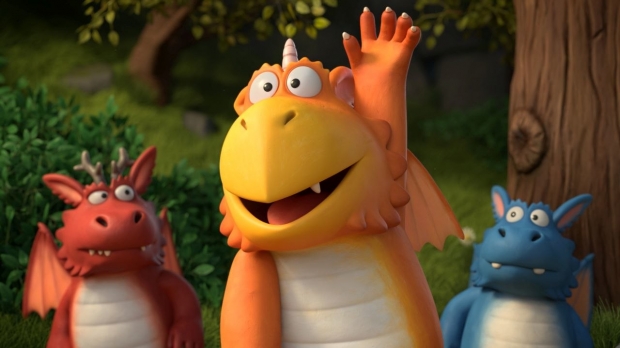 LONDON -- The Royal Television Society (RTS), Britain’s leading forum for television and related media, has named the popular animated television special, Zog, winner of the Children’s Programme Award. In honoring the film, the jury noted, “This felt special, a real piece of inclusive quality television full of positive messages and warmth.” This year’s winners were revealed via live stream, on the RTS website, to nominees and viewers at home.

“We are all facing an incredibly difficult time and rightfully have made responsible changes to the format of the RTS Programme Awards,” commented RTS chair, Wayne Garvie. “Despite this, we would like to acknowledge the incredible contribution of all our nominees to the UK’s television output and celebrate our deserving winners. This is my last year in the role of chair of the RTS Programme Awards and throughout my tenure I have been proud to witness the outstanding talent in the UK and have been repeatedly inspired by the creativity across our industry.” Zog is an animated comedy about a keen young dragon who’s desperate to impress his teacher, and his surprising friendship with a powerful young princess. The film, based on the book of the same name Julia Donaldson, became an instant hit when it premiered in the UK on Christmas Day 2018. Zog was produced by the award-winning studio, Magic Light Pictures (The Gruffalo, Room on the Broom, Revolting Rhymes and Chico & Rita).

The RTS Programme Awards recognizes UK productions and international co-productions which, between November 1, 2018 and October 31, 2019, have made a positive contribution worthy of acclaim by the industry and UK viewers.

A complete list of the RTS Programme Award winners is available here.