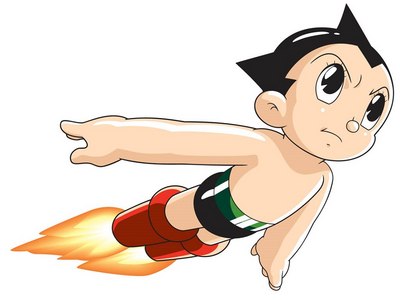 San Francisco -- The Roxie’s new family friendly film series, ROXIE KIDS, kicks off its inaugural Summer Series with Panda Go! Panda - Adventure of Panda & Friends, written and created by Hayao Miyazaki, on Sunday, June 29. The monthly series is scheduled to continue in July and August, with  Lupin The 3rd “The Castle Of Cagliostro," co-written and directed by Hayao Miyazaki, on Sunday, July 27, and four Astro Boy classic episodes on August 24 (Mission Sunday Streets Day), directed and written by the God of Manga Osamu Tezuka.

"Our intention is to provide San Francisco Bay Area families with the opportunity to enjoy a Sunday-at-the-movies experience without it being cost prohibitive.” said Isabel Fondevila, Executive Director of the Roxie Theater. "We are selecting the films for their appeal to kids and adult audiences and will not show the regular blockbuster Hollywood films. It’s all about the art of storytelling on screen and we hope to get children and their families better acquainted with classics, foreign and independent films in an independent neighborhood theater setting”.

This summer series has been curated by Japan native programmer Fuyumi Saito. The series is endorsed by the General Consulate of Japan in San Francisco, and will be co-presented by CAAM.

ADMISSION is FREE for KIDS (under 12 years old). Adult tickets are $7.50. Shows start at 2pm. Tickets will be available at the door and online at roxie.com

June 29 (SUN) 2:00pm
Panda Go! Panda -Adventure of Panda & Friends 75min
Written & created by Hayao Miyazaki directed by Isao Takahata
One of Hayao Miyazaki’s first works. It’s called as a prototype of “My Neighbor Totoro”.One day, Papa Panda and his son, Pandy, make a daring escape from a zoo in hopes of finding them- selves a nice and cozy home. A charming little house near the bamboo thicket attracts their attention, and they decide to drop in for a friendly visit. It is here that they find a sweet young girl, Pamela, who is house-sitting while her grandmother is away.

July 27 (SUN) 2:00pm
Lupin the 3rd “The CASTLE of CAGLIOSTRO 100min
Co-written & directed by Hayao Miyazaki Hayao Miyazaki’s directorial debut film. While driving through the streets of Europe, Lupin and Jigen, a sharpshooter, find a young woman named Clarise in a bridal gown chased by villains. A spectacular car chase ensues in order to save this damsel in distress.

August 24 (SUN)  2:00pm- *Sunday Streets in the Mission!
Astro Boy (24min Episode × 4)  96min
Directed & written by Osamu Tezuka
Osamu Tezuka, God of Manga, Father of Anime. He gave much inspiration to Hayao Miyazaki. A science fiction series set in a futuristic world where robots co-exist with humans. Astro is a powerful robot created by the head of the Ministry of Science to replace his son, who died in a car accident. Astro is shown fighting crime, evil, and injustice. Most of his enemies were robot-hating humans, robots gone berserk, or alien invaders. Almost every story included a battle involving Astro and other robots.