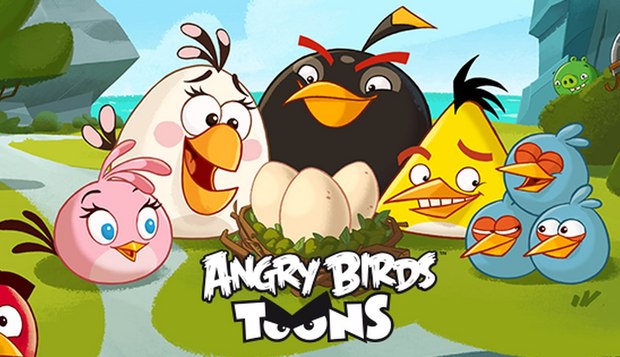 ToonsTV is currently featuring an “Eggs, Eggs, Eggs” channel of Easter-themed episodes from the platform’s various properties, including “EggsHaustion,” an all-new episode of Angry Birds Toons. Another major focus is a new series of humorous Easter Egg “unwrapping” videos, starring the feathered hands of Red from the Angry Birds flock.

“The latest Apple TV with Siri Remote has opened up exciting new opportunities for media app publishers, and is helping change the way consumers engage with their favorite shows and characters,” said Tommy Korpinen, President of Rovio Animation Company. “We have high expectations for ToonsTV as a key component for watching top-notch, on-demand family content, and Apple TV is the perfect platform for directly reaching a wide audience in their living rooms.”

ToonsTV has amassed more than 5.6 billion views since 2013, when it was first hatched within every Angry Birds game as a video distribution channel, bypassing traditional broadcast media and delivering original content to consumers. In January 2015, ToonsTV won a DigiDay award for Best Video Distribution/Syndication Platform, and in October 2015, ToonsTV launched as a standalone app for iOS and Android devices.

The full listing of ToonsTV programming is available within the app and on the web. ToonsTV is the company’s second app to launch for Apple TV. The first was the fast-paced racing title Angry Birds Go!, which arrived in App Stores in February 2016.