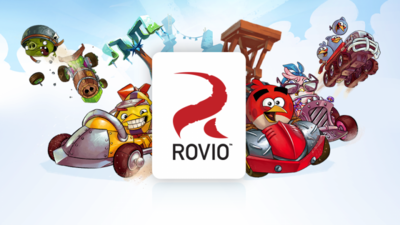 LONDON -- Rovio Entertainment has revealed ambitious plans to further the growth and success of its Angry Birds franchise in Asia. New games, developed in partnership with local publishers, and strong executive appointments lie at the heart of a strategy that will drive consumer awareness on a mass scale and unprecedented demand for official licensed products.

In China, Angry Birds has been downloaded close to half a billion times, making it the second largest market in the world for the gaming phenomenon. By partnering with Kunlun, one of China’s biggest game companies, Rovio is now utilizing local marketing information to tailor its mobile games to the Chinese market and unlock the commercial potential of all areas of the business. A similar strategic local publishing partnership has also been implemented in Japan, where Rovio and Kiteretsu joined forces to produce Angry Birds Fight!, the first Rovio title developed entirely in Japan.

In China, Rovio has also appointed Vincent Yu as Country Manager. He will develop and lead all facets of Rovio’s business in the country, including licensing, sales, marketing and the partnership with Kunlun. Vincent comes to Rovio from Mengniu, China’s leading dairy products company, where he was Marketing Director. Prior to that, he led the movie, TV, publishing and licensing businesses of children’s entertainment firm Taome.

Rovio is also strengthening its position in India and South Asia, another promising market in the global gaming and licensing business, with the appointment of Anurag Sachdeva to lead the business in the region. In his new role, Anurag focuses on consolidating Rovio’s presence in the market, driving global partnerships and strategic alliances while strengthening the company’s organizational capabilities. He also leads telecom operator relations for Southeast Asia while focusing on the expansion of the company’s market base. Previously Sachdeva served as Rovio’s Associate Director, Business Development for India and Southeast Asia. Prior to joining Rovio, he worked with Vodafone, Bharti Airtel, Virgin Mobile India and Aircel.

In Korea, Rovio is growing its global network of expert local licensing agents with the appointment of Asiana Licensing to represent the company locally in its consumer products business. Asiana joins Charactopia in China, Dream Theatre in India, PLS in Southeast Asia and Wild Pumpkin in Australia in a world-class agent network across the Asia-Pacific region that works with licensees to create high-quality consumer products tailored for local markets.

“The Angry Birds franchise is still just five years young and whilst we’ve achieved so much in such a short period of time, there’s so much more to come,” says Alex Lambeek, Chief Operating Officer of Rovio Entertainment. “We’ve got The Angry Birds Movie set for worldwide release in May 2016, expansion into Asia, some really interesting licensing partnerships and of course, a lot more games. We are now truly an entertainment company with mobile games at its heart.”