The 2019 Brussels International Animation Film Festival dedicated its closing ceremony to the innovative Dutch filmmaker, writer and musician, who passed away on March 7. 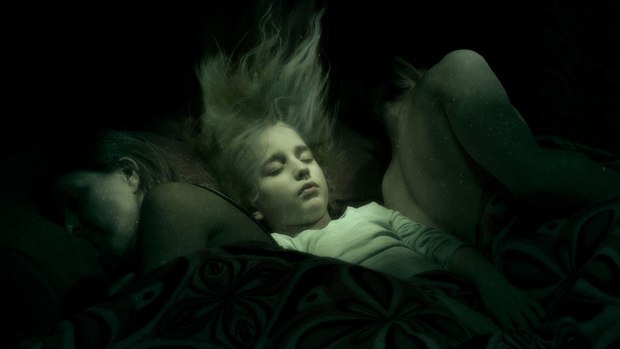 Dutch filmmaker, writer and musician Rosto’s ‘Reruns’ was given the Grand Prix award at the 2019 Anima Festival.

The curtain came down on the 38th ANIMA, the Brussels International Animation Film Festival, in ultra-festive style Sunday evening, opening with a delightful cinematic performance of Winsor McCay’s famous 1914 animated short film, Gertie the Dinosaur. The evening continued with the announcement of the winning films, followed by the premiere of The Agricultural Fair, the latest from duo Patar and Aubier featuring more crazy adventures with Cowboy and Indian.

This year’s 38th edition had 46,000 festivalgoers in attendance, including 32,000 from Brussels, marking an increase of 1,000 attendees over last year. The Festival welcomed 763 badge-holders this year, along with over 60 international guests coming from 20 different countries including the U.S., Japan and Egypt, who were visiting to present their films or take part in the Futuranima professional conferences.

The jury for the international competition -- made up of Maureen Furniss (US), Hisko Hulsing (NL) and Jakob Schuh (DE) -- decided to reward Rosto’s final short film Reruns, an explosive cocktail of live pictures reworked in 3D, and an invitation into the artist’s mind and especially his childhood memories... The Dutch filmmaker, writer and musician sadly passed away on March 7, while preparing his first feature. The Festival dedicated its closing ceremony to this great artist whose career had accompanied the Festival with his innovative and original works. The Anima 2019 Grand Prix comes with a grant of 2,500 Euros offered by the Région de Bruxelles-Capitale.

The jury awarded their special prize to Osman Cerfon’s I’m Going Out for Cigarettes, while the prize for the best student film went to Bloem? by Jorn Leeuwerink. Finally, the junior jury, made up of representatives from webtv Ceci n’est pas un Buzz and Ouftivi, rewarded the Academy Award-nominated One Small Step, by Andrew Chesworth and Bobby Pontillas, with their prize for the best short film for a young audience.

The jury for the national competition -- comprised of Anders Narverud Moen (NO), Julia Ocker (DE) and Ron Dyens (Fr) -- awarded the prize for the best Belgian short film from the SABAM to Lia Bertels’ Nuit Cherie. The Grand Prix for best short film from the Fédération Wallonie-Bruxelles went to Sous le Cartilage des Côtes by Bruno Tondeur.

Finally, the Festival hosted a VR competition for the first time this year. The jury of experts, François Fripiat, Marine Haverland and Ioana Matei, chose Gloomy Eyes by Fernando Maldonado and Jorge Tereso, to win this first award for best VR film.

Next year’s Anima is set to take place in Brussels from Friday, February 21 through Sunday, March 1, 2020.

The full list of winners at the Anima 2019 Awards is shown below: