Dutch filmmaker receives specially introduced award for his cinematic vision for his three films, ‘No Place Like Home,’ ‘Lonely Bones’ and ‘Splintertime.’ 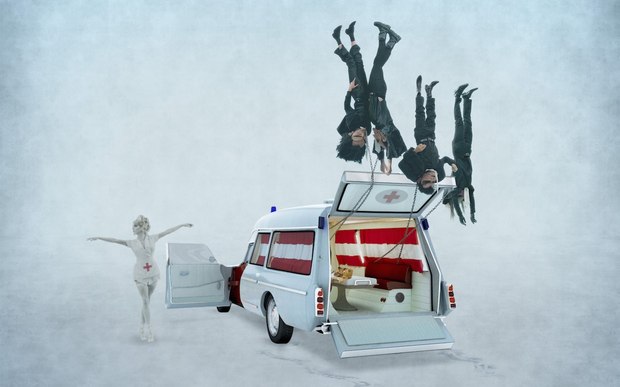 AMSTERDAM -- This past weekend, Dutch artist and filmmaker Rosto won the Visionary Award for the three films he presented during the Sapporo International Short Film Festival. The jury was both impressed and intrigued by Rosto’s films, so they decided to introduce a brand new award to honor his work.

Rosto was in Japan because he had been selected for the prestigious Filmmakers Section. In this competition the jury considers not just one specific film, but a range of short films. Three Rosto films have been screened during the festival: No Place Like Home, Lonely Bones and his most recent film, Splintertime. The films are part of a series of four Wreckers-films, featuring music and characters of Rosto's music project Thee Wreckers.

‘This Visionary Award came out of nowhere, so winning it was a real surprise,’ Rosto says. ‘The jury was very impressed by my work. The five members said they had never seen anything like it and wouldn’t easily forget this cinematic experience. The jury agreed my vision on filmmaking is outspoken and unique. They subsequently decided the visionary quality of filmmakers deserves a special award. Now I officially don’t fit in any of the regular categories. That makes me very proud indeed.’

The final part of the tetralogy is currently in the preproduction phase. ‘It is always a challenge to finance film projects, including shorts. This award is very encouraging. Although my films might be difficult to label, there is an audience out there and plenty of critical acclaim. An award like this will probably not hurt to get the new short and my feature film off the ground.’