Rooster Teeth releases exclusive trailer for the second season of the animated series about the most dysfunctional summer camp known to man, and announces premiere on Rooster Teeth’s streaming service, FIRST. 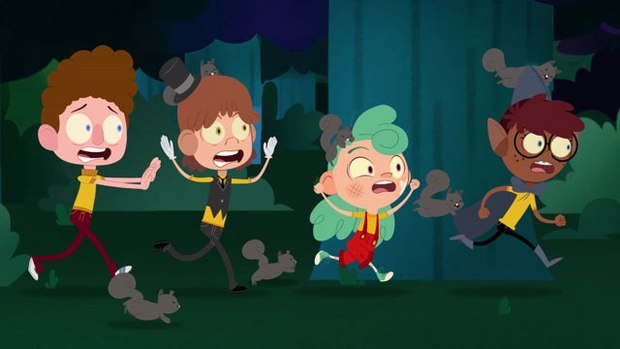 Production company Rooster Teeth has released the trailer for the second season of their animated streaming series Camp Camp, where “pandemonium is par for the course and the hijinks never stop!” With Max and the gang in tow, what could possibly go wrong this season?

In Camp Camp, Max, a jaded ten-year-old, finds himself stuck at the most dysfunctional summer camp known to man. The cynical Max must survive the annoyingly cheerful counselor David, lava pits, abandoned mine shafts, a vengeful squirrel and his weird fellow campers, all before he can escape for home.

Camp Camp will premiere on June 9th, exclusively on FIRST, Rooster Teeth’s streaming service available at RoosterTeeth.com and on Xbox One, Apple TV, iOS and Android apps. Check out full episodes of Camp Camp and more Rooster Teeth on YouTube, Twitter and Facebook.

Rooster Teeth is a pioneering media and entertainment company responsible for some of the biggest online series in history, such as the award-winning and longest-running web series, Red vs. Blue. They also produce the first western anime series to be distributed in Japan, acclaimed animated series RWBY. The company was founded in 2003, and is now a subsidiary of Fullscreen Media.