Based on 3,769 entries from artists that have attended over 500 educational institutions, more than 150 industry experts used a variety of criteria to award schools on how well they prepare students for careers in creative media and entertainment. 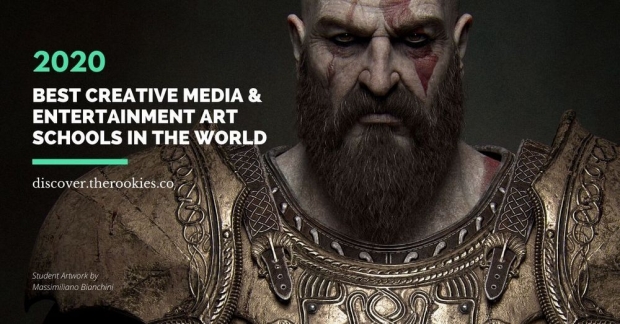 For the 5th year in a row, Gnomon in Los Angeles earned the #1 spot on the Top 50 list. Think Tank Training Centre in Canada also climbed to #1 for best Game Design and Development school. The One Academy of Communication Design from Malaysia ranked #2 globally and placed in 6 other categories with its most successful performance to date.

To collect this data, each year, the Rookies organizers ask students to submit their best work to the Rookie Awards, to be reviewed by a panel of industry experts. This year, 3,769 portfolios were received from students that attended over 500 schools and colleges around the world; that data is used to determine the annual World School Rankings.

The full ranking lists can be found here: Rookies’ Global School Rankings. Categories winners and links to full details are listed below.

According to Scott Thompson, founder of Think Tank Training Centre, “The Rookies rankings are not like other education based ranking systems. They are driven and judged by industry professionals without the interference of paid advertising dollars that cloud the judgement of other ranking sites.”

Schools and Colleges that earned a #1 spot include:

Other ranking list categories and the full details can be found here:

Founded in 2005, The Rookies is renowned for helping aspiring artists turn their passion for creative media and entertainment into successful careers in film, games, animation, immersive media, 3d visualisation and more. In addition, The Rookies provides a trusted support network for artists during their journey from novice through to industry professional. They provide young artists with a clear path to success created by the very people that have already reached the same goals.