Animal Logic to produce the animation on the project, which is based on Florence Parry Heide’s surreal 1971 children’s book illustrated by Edward Gorey. 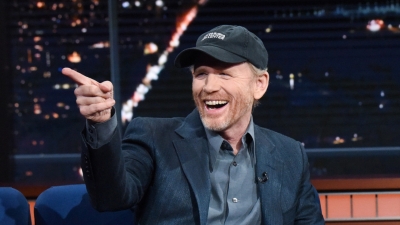 Titled The Shrinking of Treehorn, the film is a New York City-set holiday musical. Its story - based on the 1971 children’s book of the same name, written by Florence Parry Heide and illustrated by Edward Gorey - follows a young boy named Treehorn who one day finds himself beginning to shrink in size, despite his family’s failure to acknowledge the sudden change.

Peter Rabbit co-writer Rob Lieber has written the film’s adapted screenplay. Howard’s company, Imagine Entertainment, is set to produce, in association with Australia’s Animal Logic, which will provide the animation. (Last year, we learned that Animal Logic was at work on Warner Bros.’ Toto, another animated musical adaptation set within the world of The Wizard of Oz.)

Howard’s most recent film, Thirteen Lives, is based on the 2018 Tham Luang cave rescue, which saw over 10,000 people team up to save an entire junior football team from the depths of a flooded cave in Thailand. The movie stars Colin Farrell, Viggo Mortensen, and Joel Edgerton and will have a limited theatrical run in August 2022.