Live-streamed presentation by famed directors of ‘The Little Mermaid,’ ‘Aladdin,’ and ‘Moana’ will feature their Disney history and views on animation, past, present and future; event presented by ASIFA-Hollywood. 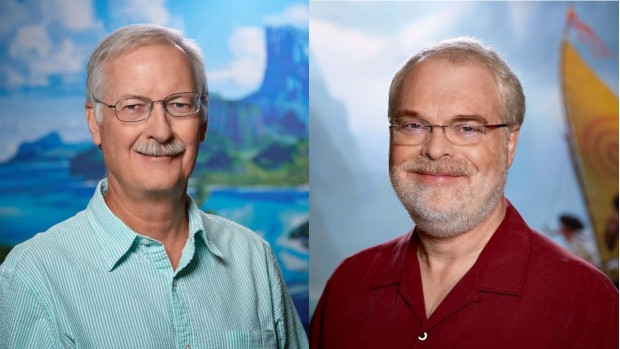 BURBANK – ASIFA-Hollywood will present a live-streamed Annecy masterclass featuring  Disney directors Ron Clements and John Musker (The Little Mermaid, Aladdin, Hercules, The Princess and the Frog, Moana) on Friday, June 19 at 12:00 p.m. EST, 9:00 a.m. PST. In an open-ended informal conversation, they will discuss their careers and views on the animation industry including: their development as animation writers/directors, their history at the Disney studio, their animated features, their views on the current animation scene, and their projections on the future of the industry. Following the session, ASIFA-Hollywood's executive director, Frank Gladstone, will moderate a Q&A and welcome questions from the Annecy festival audience.

"Creating an event for the Annecy International Animated Film Festival, one of our Annie Award festival partners, especially during this 'online year' was something we really wanted to do,” commented Gladstone. “The idea for a Ron & John presentation and Q&A came from our board members, Jeanette Bonds and Brooke Keesling, and with the prodigious help of our executive coordinator Leslie Ezeh and, of course, John Musker and Ron Clements, it's going to happen!"

ASIFA-Hollywood is a professional organization dedicated to promoting the art of animation and celebrating the people who create it. It is the largest chapter of the international organization ASIFA and supports a wide range of animation activities and preservation efforts through its membership. Current initiatives include the Animation Archive, Animation Aid Foundation, AEF, animated film preservation, special events, classes, and screenings.