The mega-budget maven will adapt author Daniel Mannix’s non-fiction tome on ancient Rome as a dramatic series, which got a straight-to-series order from the streamer.

Peacock has announced a straight-to-series U.S. order for Those About to Die, a gladiator epic set in ancient Rome inspired by author Daniel Mannix’s non-fiction classic tome, “Those About To Die.” Mega-budget action-adventure filmmaker Roland Emmerich (Moonfall, Independence Day, The Day After Tomorrow) will direct the project, and executive produce through his company Centropolis Entertainment.

Herbert G. Kloiber and Constantin Film’s High End Productions, which specializes in producing European fiction series for an international audience, also confirmed that it has landed the distribution rights in Europe and will co-finance the show with Peacock.

AGC International, which licenses and distributes content on behalf of AGC Studios, is handling worldwide distribution rights outside of the HEP European footprint.

Those About to Die will explore the intricate and seedy world of gladiatorial sports in ancient Rome. The show is centered on an eclectic cast of characters who navigate the intersection of sports, politics, and business in Roman society. 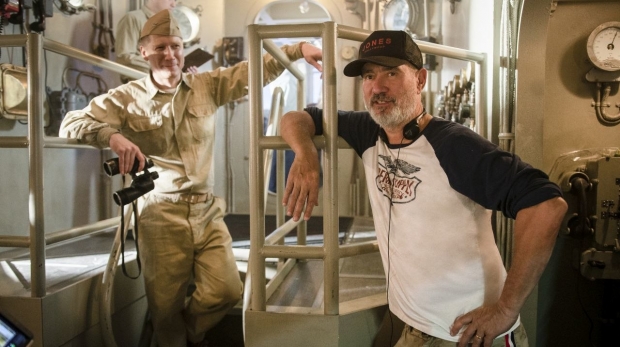 “Those About To Die takes on Ancient Rome in a completely new way,” said Lisa Katz, president scripted content, NBCUniversal Television and Streaming, in a statement. “While the series will be epic in scope and have the spectacle of gladiators and chariot racing, it also has unexpected characters amidst palace intrigue and a dark criminal underworld. We jumped at the opportunity to partner with the unmatched creative minds of Roland Emmerich, Robert Rodat, Harald Kloser, AGC Studios, and Gianni Nunnari’s Hollywood Gang, to create this bold, action-packed series for Peacock audiences.”

Berben and Kloiber added that the project was a prime example of why their company was founded. “The first TV show created by Roland Emmerich, with an exceptional story and a perspective never seen before,” they note, called out to them as “a European story that can be seen around the world. We are very grateful and excited that we have found such great partners and creative minds for this extraordinary project.”

“The powerful Roman Empire has always fascinated me, especially its enormous games which entertained the masses through spectacle at the monumental Colosseum,” says Emmerich. “At its heart, this is a sports epic led by strong and diverse characters who explore paths to glory, falls from grace and a need to belong to something greater than oneself. Sports in these ancient times were as thrilling and massive then as they are today, and I'm excited to collaborate with my partners, Peacock, High End Productions, Hollywood Gang, and AGC Studios, in bringing this rich world of blood, sweat and tears to television."