Roger helps  ABC transform ‘The View’ for the season 18 premiere with an all new logo, promo package and in-show graphics. 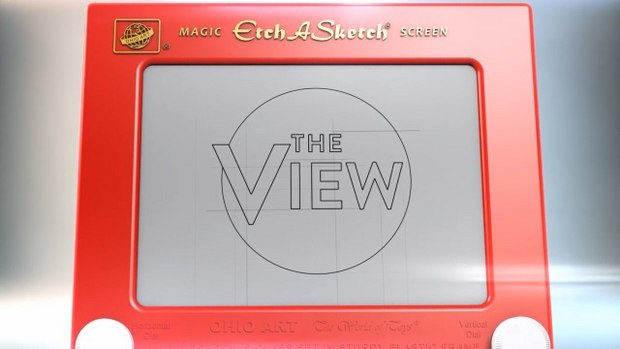 Los Angeles, CA -- When ABC daytime staple The View underwent major transformations for the first time in 17 years, with its cast, studio and set all being updated for the season 18 premiere, they wanted a refreshed look to usher in the new era. So, they brought on mixed-media production studio Roger to create a new logo, promo package and in-show graphics that captured the updated show’s more open and inviting tone.

“I’ve worked with Roger since they opened their doors, so I knew they would be great partners on this project,” says Lucas Aragon, ABC Design Director. “They were able to elevate The View and we’re all proud of how it looks now in its new season.” “We were very honored to be asked to participate in branding for such an iconic show,” says Josh Libitsky, Roger Executive Producer. “Our entire team approached the project with a high level of importance, understanding the scope of the viewership.”

As part of the refresh, ABC wanted a look that would be neutral enough to house all the show's varied personalities, but also colorful enough to accompany them. Using this as a jumping-off point, Roger presented a clean, bright design with strategic splashes of color, capturing the bright, energetic look of the new set, format and talent. Through their collaboration with Aragon and the on-air creative team, this became the look of the promo package, which included title cards, tune in, open and close graphics and end pages; as well as a comprehensive in-show package including show open, segment teases, host IDs and lower thirds. The View’s logo also got an update with Roger debuting a new circular teal logo with the previously centered V now breaking the background border for an icon that’s fresh, casual and approachable, more on-brand for the new look.

“We were excited to be asked to update the show’s logo,” says Terry Lee, Roger Executive Creative Director. “We tried versions that modernized the existing logo mark, but in the end we all agreed upon a solution that reflected the rebirth of the show.” ABC also wanted to cheekily nod at the casting rumors that had surrounded the new format, so Roger helped address them head-on with four 15-second teases, featuring bright, fun graphics and wordplay, such as an Etch-A-Sketch proclaiming, “The View is shaking things up,” and a color-shifting zebra with the tagline, “I guess a zebra can change its stripes.”

“We were introducing the viewers to a new cast and a new View, so we needed a package that was friendly and inviting,” concludes Lee. “With all the rumors surrounding the cast, it was important to be clear that The View may be getting refreshed, but will still be entertaining viewers for years to come.”