‘1917’ and ‘Once Upon a Time in Hollywood,’ along with ‘Ford v Ferrari,’ ‘The Irishman’ and ‘Joker,’ are nominated for achievement in feature films; winners will be announced at January 25 awards gala. 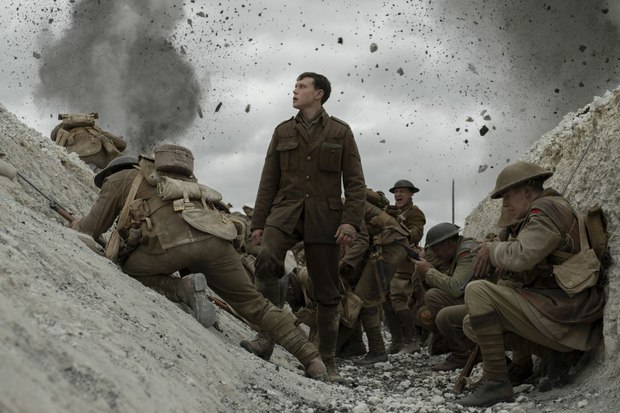 The American Society of Cinematographers has announced their feature film and Spotlight Award nominees for the 34th Annual ASC Outstanding Achievement Awards. Winners will be named at the awards gala on January 25 at the Ray Dolby Ballroom at Hollywood & Highland.

Leading the nominees this year is Roger Deakins for his work on Sam Mendes’ 1917; this is the 16th category nomination for the legendary cinematographer, who has won four times (The Shawshank Redemption, The Man Who Wasn’t There, Skyfall, Blade Runner 2049). Robert Richardson received his 11th nomination for his work on Once Upon a Time in Hollywood. Phedon Papamichael (Ford v Ferrari) and Rodrigo Prieto (The Irishman) have each been nominated three times. Deakins and Richardson have also both been honored previously with the ASC Lifetime Achievement Award.

The ASC will also celebrate the work of four trailblazing cinematographers: Frederick Elmes, ASC will receive the Lifetime Achievement Award; Donald A. Morgan, ASC will be honored with the Career Achievement in Television Award; Bruno Delbonnel, ASC, AFC will be bestowed the International Award; and Don McCuaig, ASC is the recipient of the Presidents Award.

Including nominations for documentary and TV categories previously released this past November, the complete list of nominees are:

Episode of a Series for Non-Commercial Television

Episode of a Series for Commercial Television

Motion Picture, Miniseries, or Pilot Made for Television