For the second year in a row, Montreal-based studio is awarded for Outstanding Special Visual Effects for its work on Season 5. 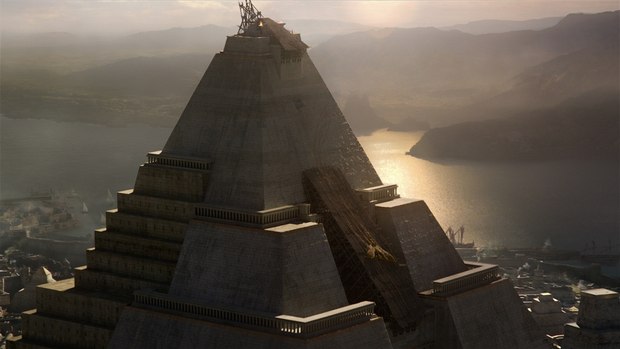 MONTREAL -- For the second straight year Rodeo FX has won a prestigious Emmy Award for its contribution to the visual effects on Game of Thrones. The VFX studio took home the award for Outstanding Special Visual Effects for The Dance of Dragons, the ninth episode of Season 5 of the most popular series on HBO. Acting as one of the main visual effects vendors on the show, Rodeo FX continues to build on its partnership with the VFX team at HBO.

Matthew Rouleau, VFX supervisor at Rodeo FX, was on hand to receive the Emmy at the ceremony last Saturday at the Microsoft Theater L.A. Rouleau shared the award with others involved in creating the visual effects for Game of Thrones, including HBO’s Joe Bauer, VFX supervisor and Steve Kullback, VFX producer. This is the fourth consecutive year that Game of Thrones has won an Emmy award for its visual effects. The ceremony will be broadcast on FXX Saturday Sept. 19 at 8:00pm ET/PT. “We are thrilled, once again, to have our work recognized on this amazing show,” said Sébastien Moreau, president of Rodeo FX and VFX executive producer on Game of Thrones. “Our previous experience on season 4, as well as our relationship with Joe, Steve, and HBO has allowed us to raise the bar even higher and handle a bigger and more complex workload.”

Rodeo FX created nearly 200 visual effects shots for Season 5, relying on its skill in animation, matte painting, scene extensions, and crowd simulation. Notable work included the destruction of the Harpy statue in Meereen, an environment that Rodeo FX created entirely for the previous season. Rodeo FX also built the city of Volantis from scratch, working from live plates shot from a drone to create CG buildings, a market and bridge, background matte paintings, and modeling of all of the buildings’ details.  The spooky Smoking Sea sequence in Old Valyria was a collaborative creation between the artists at Rodeo FX, led by Deak Ferrand, senior matte painter at the studio’s L.A. office, and Bauer.

“This win is the result of an amazing team effort,” Rouleau said. “Everyone at Rodeo FX was super proud of the work accomplished last year, but they all wanted to do better and push the envelope even further. We knew that the expectations were even higher than last year’s and we were up for the challenge!”

“Although there can only be one name for Rodeo FX on the trophy, a lot of people deserve to have their name on the award,” Moreau said. “Matthew did an incredible job leading the team, and he was surrounded by a great squad: Deak Ferrand, executive producer Jordan Soles, producer Mélanie La Rue, project manager Annie Cliche, and compositing supervisor Wayne Brinton. These guys did an amazing job, and so did the entire Rodeo FX team.”