Rodeo FX announces their Outstanding Visual Effects – Television win at the Hollywood Post Alliance Awards for their work as one of the main VFX vendors for HBO’s ‘Game of Throne.’ 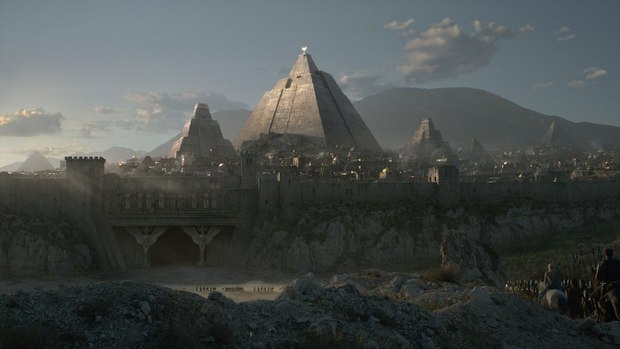 Montreal, Canada -- Rodeo FX announced their Outstanding Visual Effects - Television, Hollywood Post Alliance Award win as part of the Game of Thrones visual effects team. Acting as one of the main VFX vendors on the series, the Montreal-based company created over 150 visual effects shots for the 4th season of HBO’s most popular show of all time.

The HPA award follows on the heels of the VFX team’s Outstanding Special Visual Effects Emmy win earlier this year. “This is very exciting”, said Sébastien Moreau, President of Rodeo FX and VFX Executive Supervisor on the show. “We were already extremely grateful for the Emmy Award; we are now honoured to receive this HPA Award, which is one of the preeminent awards in our industry”.

The 9th Annual HPA Awards were presented at a gala evening at the Skirball Cultural Center in Los Angeles last Thursday, recognizing individuals and companies for outstanding contributions made in helping to create features, television programs, commercials and entertainment enjoyed around the world. Created to foster awareness of postproduction, promote creative and technical excellence, and recognize the achievements of postproduction talent, the HPA awards are presented annually to recipients in 12 different craft categories. The selection of the winners is completed by panels of category peers and other experts.

Visual Effects Supervisor Matthew Rouleau led Rodeo FX’s team to deliver over 150 shots for season 4, including the majestic city of Meereen, the CG Unsullied army, the grandiose environment of the White Walker sequence, the Dire Wolves compositing sequences, the 3D zombie horse, the CG ice wall & matte painting surroundings, and the CG cavalry and digital environments of Stannis attack. “This is another great reward for the team”, said Rouleau. “The artists really put all their talent and their heart into the work, and this trophy is the recognition of their commitment and devo-tion to the project.”

A team of more than a hundred artists, project managers and technicians worked for six months on the impressive visual effects that earned Rodeo FX the trophy. “This prize is the result of an incredible team effort,” Moreau said. “Matthew did an amazing job leading the team, and he was surrounded by a great squad: Producer Isabelle Langlois, Executive Producer Jordan Soles, Project Manager Annie Cliche and Compositing Supervisor Patrick David. These guys did an incredible job, and so did the entire Rodeo FX team.”

Rodeo FX would like to thank HBO’s VFX Supervisor Joe Bauer and VFX Producer Steve Kullback for their exceptional work in leading this talented team of VFX studios to such amazing creative and technical achievements. Furthermore, our sincere thanks to Holly Schiffer, VP of Post Production at HBO, who entrusted us with such challenging visual effects work.

The fifth season of the fantasy drama television series Game of Thrones began filming in July 2014 in Belfast, and is scheduled to premiere in spring 2015.