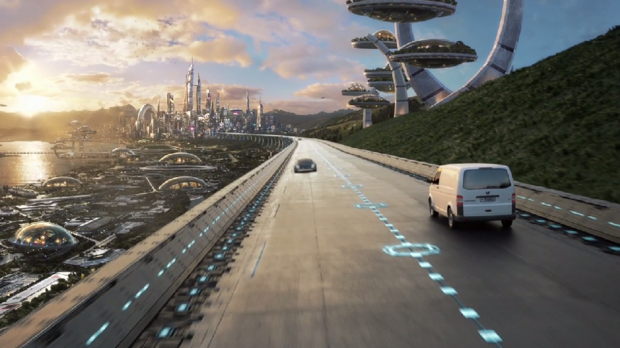 Montreal, Quebec -- Rodeo FX relies on both cineSync Pro and Frankie for its postproduction work on feature films, TV shows and commercials, including the movie Birdman, to be released by New Regency later this year.

The Montreal-based VFX studio has created a collaborative workflow that relies on these review-and-approval tools for its work with clients and creatives around the world. With cineSync Pro and Frankie in place, post studios like Rodeo FX are maximizing efficiency even when the production company, director, ad agency and other creatives are in different cities.

Rodeo FX has long held a license for cineSync Pro and relies on it daily for client review and feedback for its post work, not only on films but also for TV shows, such as the current season of Game of Thrones. However, it was with their work on Birdman, directed by Alejandro González Iñárritu and starring Emma Stone, Edward Norton and Michael Keaton, that Rodeo FX realized the power of combining the two review-and-approval systems. Rodeo FX decided to use Frankie to discuss shots and get immediate feedback whenever it needed to have multiple simultaneous connections between its studio in Montreal and the VFX team in L.A.

“Having cineSync Pro and Frankie is a real one-two punch for reviewing material,” said Jordan Soles, CTO at Rodeo FX. “We love cineSync Pro, which is robust, secure and is the industry standard for reviewing film work. Frankie is the de facto solution when we organize a last-minute session with people out of the office.”

The addition of Frankie’s browser-based workflow enhanced productivity for Rodeo FX as the facility needed only one person to upload the required media for review and then send out a web link to all participants so they would have access to the movie footage under review.

“In other syncing tools we’ve tried, all participants had to have local copies of the media to be able to sync to the session, which adds an extra level of I/O and could potentially introduce security issues with confidential material,” said Ara Khanikian, VFX Supervisor and head of 2D at Rodeo FX. “Frankie is fantastic in situations where we need quick feedback from a lot of busy people around the world and we only have a couple minutes of their time.”

Last year, when Rodeo FX launched its advertising division, it needed a way to review video with its remote clients. It tried Frankie for three online collaborations with its first client.

“It was fantastic in each one,” said André Ü Montambeault, head of advertising/creative director at Rodeo FX. “The interface is user-friendly and intuitive, which makes it super easy for a participant – even if he’s using Frankie for the first time – to navigate through the various menus and options. It’s the perfect tool for last-minute reviews with large groups of people.”

Rodeo FX also uses Frankie to conduct sales pitches with agencies, walking a prospective client through its proposal after sending them the URL of its uploaded video.

“There is no need to upload files onto the client’s server – everything is accessible from the web,” Montambeault said. “This simplifies the sales pitch process tremendously, allowing our clients to focus on the images and their comments, instead of having to deal with more technical issues that they might not be familiar with.”

Even as the advertising business becomes increasingly international, with agencies spread around the globe and producers and directors constantly on the road, Rodeo FX can quickly link everyone in a “plug & play” Frankie session. From its offices in Montreal, the VFX studio is looking to bid on more international work and will use Frankie as part of its arsenal.

“With a tool like Frankie, there are no longer any boundaries to creation,” Montambeault said. “We can be the vendor for a client in Munich, L.A. or Toronto as easily as a local one who could drop by our studio for a video review session, and all the work is just as transparent.”

cineSync Pro also comes in handy for its commercial work, as on the futuristic VFX that Rodeo FX completed for a recent Volkswagen ad, with the agency, ViznerBorel, and the production company, Manifesto Films, both of which were in Zurich, Switzerland.

“Having both cineSync Pro and Frankie has made reviewing material so much simpler,” said CTO Soles. “And we like that some of our clients don’t even notice Frankie. That’s how we know it works really well. This is well-crafted software.”

Due to popular demand, Frankie will soon be introducing two new entry-level plans. Frankie includes up to five concurrent projects, unlimited users, unlimited reviews, 20 GB of video storage and complete cross-platform compatibility. Monthly subscriptions can be cancelled at any time. For more information and to sign up for a free 21-day trial visit www.cospective.com/frankie.