Montreal-based studio’s work on the hit HBO series earned a VES Award for the wall destruction sequence in the season finale. 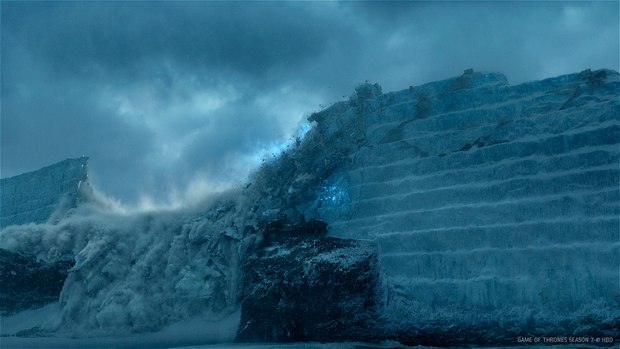 Rodeo FX has released a VFX breakdown showing the before and after of their work on the latest season of the hit tv show Game of Thrones. This work earned Rodeo FX a VES award earlier this year for their effects simulations on the destruction of the wall at Eastwatch-by-the-Sea on the season finale.

The VFX breakdown features concept art created by the Montreal-based studio, as well as the making of the sea battle in episode two and wall destruction in the finale.

For the nighttime sea battle, Rodeo FX created various simulations, CG environments and more. Using compositing techniques or particle systems in Houdini or Nuke, Rodeo FX added art-directed embers to shots, making them chaotic during the fight scenes and slowing them down at the end of the battle when Theon looks over the destruction left behind. Rodeo FX surrounded the sets with either plate or CG ocean and CG background ships, and extended parts of Yara’s ship, redressed in CG and added extensions, also extending the Silence set piece to create a whole ship. On wider shots, Rodeo FX built out the Silence completely and put 100 ships into the background. Rodeo FX also augmented the practical fire in the plates, enhancing the foreground on-set fire with CG or comped fire elements in the background. The fire on the sails was done in CG using Houdini. Rodeo FX also created water simulations around Theon as he floats around in the aftermath.

For the wall’s dramatic collapse, Rodeo FX scored the wall to break it apart in multiple shots to cover its extensive size. The team separated the wall in three parts: the closest area, which was destroyed in hi-res, the middle section, that remained standing in hi-res, and the farthest section in low-res as a base for digital matte paintings. The Rodeo FX team received a previs referencing the timing and size of the collapse, and the studio layered effects on top of that. Rodeo FX artists added secondary debris, smoke and interactive fire when the fire hits the wall. For the actual collapse of the wall, Rodeo FX created debris, powdered snow and water splashes as the ice falls into the sea. Real fire elements were provided and color graded to become the ice dragon’s destructive blue breath.