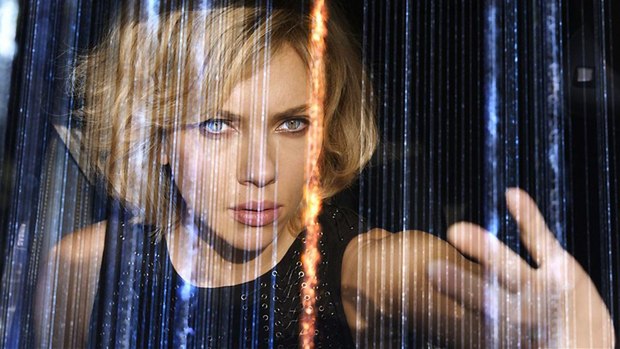 Montreal-based VFX studio Rodeo FX completed more than 160 visual effects shots for Luc Besson’s highly anticipated movie Lucy. This was the company’s first collaboration with the French writer/director, who is behind some of the toughest, most memorable female action heroes in cinematic history (La femme Nikita, The 5th element).

Rodeo FX’s President & Founder Sébastien Moreau was thrilled to work with Besson: “Luc stands as one of the great action movie directors. He is a visionary auteur who writes the most exciting action scenes while directing stylish and visually rich movies. We are particularly proud to have contributed to the white-knuckle car chase -- a great action-packed sequence!” says Moreau.

Rodeo FX participated in the creation of a number of incredible sequences in the movie, including the breathtaking car chase through the busy streets of Paris. Led by VFX Supervisor François Dumoulin, the Rodeo FX team designed the colorful light rays emitted by the various mobile devices as well as conceived and skillfully crafted Lucy’s supernatural x-ray vision. The artists created extensive matte paintings and CG set extensions for the city of Taipei, modeled and animated various CG weapons, and achieved considerable digital compositing feats all within an IMAX friendly 4K resolution. Rodeo’s workload was a perfect blend of highly technical effects conceived through a creative and conceptual iterative process with the director.

Everyone knows that Luc Besson is a big car chase fan and this time is no exception! Lucy, who doesn’t have a permit and has never taken the wheel before, fearlessly pilots a car in a stunning car chase, tearing through the streets of Paris and creating massive pileups along the way. Rodeo FX VFX supervisor François Dumoulin, who was on set for the shoot, describes the creation process: “The car chase was first storyboarded. Luc Besson then had this great idea of capturing on video the major crashes using miniature cars, moving the toys himself over his desk! Rodeo FX generated a 3D previs, and VFX Supervisor Nicholas Brooks and stunt coordinator Michel Julienne (who also worked on the Taxi and Transporter movie series) supervised the shoot. Everything was done according to plan,” says Dumoulin, “but Besson wanted more cars, more action and more crashes, which meant adding CG cars and enhancing a total of 70 car shots.” The artists modeled, animated, textured and integrated the CG cars in the streets of Paris using various shooting elements. CG Supervisor Mikael Damant-Sirois explains: “The Lidar scan of the streets and locations provided by 4dMax was essential for positioning and integrating the CG cars in their environment. The 3D spatial data capture allowed for realistic driving, as the CG cars were actually anchored to the streets, reacting to every single bump of the road, just as if it was there for real.” Also, the numerous photos taken by Rodeo’s VFX DP Robert Bock were extremely useful for the compositing of the 3D cars. The reference pictures and HDRI’s helped making the integration imperceptible, as they provided essential information for the lighting and also the reflections on the cars. The result of all these steps and efforts is a frantic and adrenaline-pumping scene that features plenty of cringe-worthy crashes. Rodeo FX was also in charge of the mobile rays sequence and Lucy’s supernatural x-ray vision; which both involved considerable conceptual and design work. The motion graphics team was put to the task of defining a look that would illustrate the signals emitted by the mobile devices. An interesting challenge, since the effect needed to be visible in extreme wide shots and in close-up shots as well. As for Lucy’s x-ray vision when she is at the hospital, it needed to be organic and fluid, and ended up being quite complex. Added during post-production, this shot had to carry the idea that Lucy had the ability to see through walls. Production shot additional actors on green screen, Rodeo extrapolated BG elements, and a number of motion graphics were designed and assembled in order to create this very unique vision.

Renowned for their CG environments, Rodeo FX was once again called upon to enhance an urban landscape. The team customized the city of Taipei seen through the huge bay windows in the scene where Lucy meets the leader of the triad in his luxurious suite. This sequence was shot on green screen and the Lidar scans were used once again to position the window in space, and also to create the reflections of the room.

Produced by EuropaCorp and distributed by Universal Pictures, Lucy was selected to open the Locarno Film Festival. It arrived in theaters on July 25 in North America and will also be presented in some IMAX theaters starting August 8. The movie stars Scarlett Johansson (The Avengers, Lost in Translation, Vicky Cristina Barcelona) as the title character, along with Morgan Freeman (The Shawshank Redemption, Batman, Seven). Eric Serra, a longtime collaborator of Luc Besson’s, composed the music.