‘Rock Dog 2: Rock Around the Park’ Coming to Digital June 11

The True Blue Band discovers that fame comes at a price… will they stay true to themselves? Lionsgate’s ‘Rock Dog’ sequel get June 15 Blu-ray (plus Digital) and DVD release. 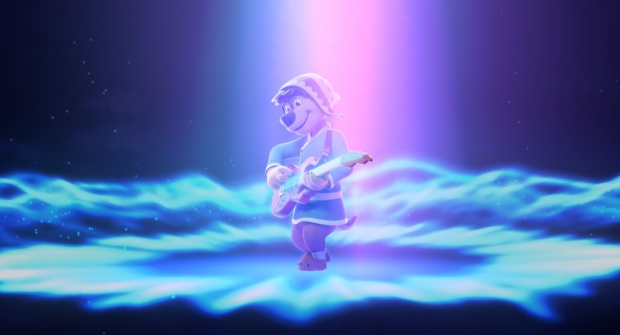 Lionsgate’s Rock Dog 2: Rock Around the Park arrives on Digital June 11 and on Blu-ray (plus Digital) and DVD June 15. Produced by the creators that brought you Norm of the North, Clifford the Big Red Dog, and I Got a Rocket! the Rock Dog sequel will have the whole family rocking out with the True Blue Band.

The family-friendly CG animated feature picks up one year after the events of the original Rock Dog. The band is a bit hit in the village of Snow Mountain—they even have devoted fans! But when a music mogul named Lang gives them the opportunity to tour with pop sensation Lil’ Foxy, Bodi and his friends learn that fame comes at a price and discover that only by staying true to yourself can you unleash the power of rock ‘n’ roll.

Rock Dog 2: Rock Around the Park will be available on DVD and Blu-ray+Digital combo pack for the suggested retail price of $19.98 and $21.99, respectively.