MPC NY bolsters award-winning 3D team with new addition of VFX veteran with over 13 years of top-notch experience in the advertising industry. 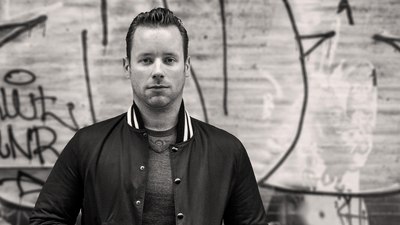 MPC NY bolsters its award-winning 3D team with the latest addition of Rob Petrie as CG creative director. A VFX veteran, Rob brings with him over thirteen years of top-notch experience in the advertising industry.

Rob comes to MPC by way of The Mill, where he has built a successful career since 2002. Honing his skills in the London 3D department, Rob crossed the pond to The Mill NY in 2008 where he has played a fundamental role in shaping the CG department as head of 3D, and most recently, as creative director at Mill+.

Rob’s proudest achievements include his work on AT&T’s charming “Birthday” spot, and concepting and directing Company of Heroes’ “Western Front Armies” live action trailer, as well as co-directing DOOM’s teaser. He has worked with the best directors in the business and Oscar-winning cinematographers, including Peter Thwaites, Fredrik Bond, Noam Murro and Nicolai Fuglsig. His work for OFFF Paris earned him a prestigious Cannes Gold Lion in Design.

“What got me really excited about this opportunity was that I feel I could really be part of the growing of MPC,” said Rob. “There are so many avenues and exciting ventures that MPC can go down, and to be a part of that is something that I can’t wait to start.”

“With the momentum we have been experiencing in New York, the timing couldn’t be better for Rob to join us,” said Justin Brukman, MPC NY Managing Director. “I have full confidence that he will continue to elevate our studio’s creative offering and build on MPC’s legacy of crafting spectacular VFX work.”