In recognition of his contributions to the VFX industry, the 30-year industry veteran was honored on October 14 at the Visual Effects Society’s celebration in Los Angeles. 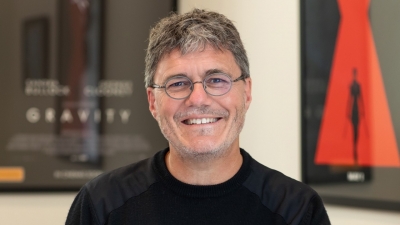 Rising Sun Pictures’ co-founder and managing director, Tony Clark, was named VES Fellow by the Visual Effects Society and was celebrated alongside other 2022 honorees as the first Australian to receive the honor at the organization’s Honors Celebration last week.

The VES Fellow recognizes individuals for earning an outstanding reputation through sustained contributions to the art, science, or business of visual effects and meritorious service to the Society and the entertainment industry at large throughout at least 10 of the last 20 years.

A 30-year veteran, Clark was honored for building Rising Sun Pictures (RSP) into a leading VFX company that boasts credits on numerous movies and his role as an industry innovator. His accomplishments include co-developing the remote collaboration software cineSync, for which he won a 2011 Academy Award for Scientific & Technical Achievement.

“I am humbled and flattered to receive this honor from the Visual Effects Society,” said Clark. “I have received other honors over the years, but this is especially meaningful as it comes from my peers. I feel great admiration for the distinguished professionals who’ve previously become VES Fellows and take great pride in joining their ranks.”

In describing RSP’s success, Clark added, “We’ve been successful because we’ve stuck to our values here in Australia, delivering quality effects and conducting business in a manner we think is right. I am extremely proud of the team we’ve built and the contributions they have made to the visual effects industry, both here at RSP and through their subsequent careers at other high-profile companies around the world.”

An Emmy Award-winning cinematographer, Clark worked at Australia’s national broadcaster the ABC and Sky News in the UK before becoming a director of photography on Australian independent films. Next, he worked at Digital Arts in Australia, helping to create a real-time motion control system. There he shot his first feature film as director of photography on Australian producer/director Rolf de Heer’s 1995 film, Epsilon.

Clark co-founded RSP in 1995, which worked on early local CG animation. Projects included the 1999 Warner Bros. Red Planet, followed by the Warner Bros. film Queen of the Damned. Subsequently, Paramount Pictures tasked RSP with the shuttle re-entry on The Core, which led to working on Charlotte's lead character in Charlotte’s Web.

Clark’s VFX Supervisor credits include Sky Captain and the World of Tomorrow, Harry Potter and the Goblet of Fire, Pirates of the Caribbean: On Stranger Tides, and Alfonso Cuarón’s Gravity.

In 2000, Clark launched Rising Sun Research (RSR) to commercialize tools created within RSP, including cineSpace. It was acquired by Cinetal Systems and subsequently by THX in 2011. In 2005 RSR launched cineSync for secure collaboration of synced footage.

RSR rebranded as Cospective in 2012 with Rory McGregor at the helm. Clark continued to serve as co-founder and board member. In 2011 Clark, alongside McGregor, Neil Wilson, and Alan Rogers, received an Academy Scientific and Technical Award for creating cineSync.

A member of Australian Boards, Clark had a role on the South Australian Film Corporation between 2007-2012, Ausfilm between 2009-2021, and the Royal Institute of Australia (RiAus) from 2016 to the present.

In 2018 Clark received the Pearcey National IT Entrepreneur Award in recognition of his leadership, innovation, acclaim, and impact on the world stage.

RSP became part of The Fuse Group in 2021. Clark continues as managing director of the company.