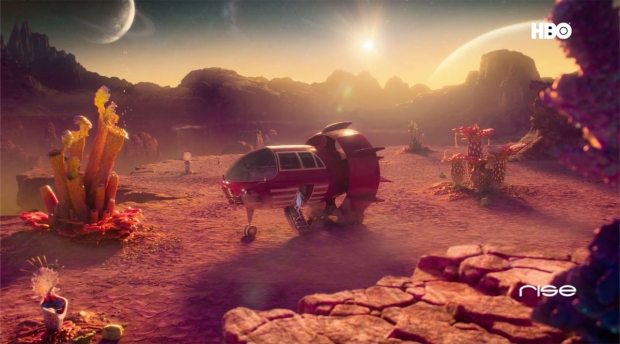 RISE FX, the award-winning German visual effects studio, has shared with AWN a VFX breakdown reel highlighting their work on HBO’s hit fantasy horror series, Lovecraft Country. From showrunner and EP Misha Green, the 10-episode series, based on the novel of the same name by Matt Ruff, follows Atticus Freeman (Jonathan Majors) as he journeys with his childhood friend Letitia (Jurnee Smollett) and his uncle George (Courtney B. Vance) on a road trip from Chicago across 1950s Jim Crow America in search of his missing father Montrose (Michael Kenneth Williams). Their search-and-rescue turns into a struggle to survive and overcome both the racist terrors of white America and monstrous creatures that could be ripped from an H.P. Lovecraft paperback.

RISE helped the amazing Green bring the insane worlds of Lovecraft Country to life. Fearless VFX supervisor Jonathan Weber and his team created aliens on a funky '60s planet, a dark and empty void planet featuring some menacing robots, and the White Room prison cell guarded by Beyond C'est with the best CG hair you're going to see in a while.