FX releases an animated tribute to George Coe, the voice of Woodhouse on the network’s award-winning animated spy comedy ‘Archer.’ 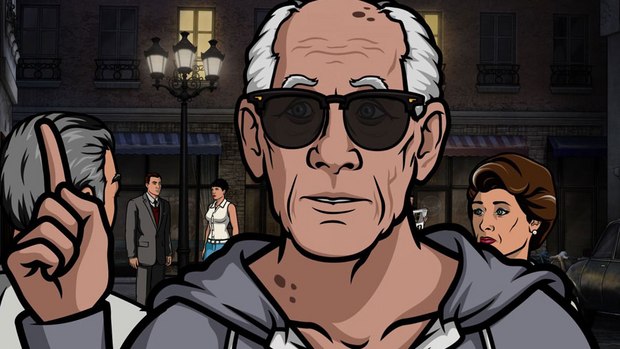 Earlier this week, AWN was saddened to learn of the passing of voice actor and original Saturday Night Live cast member George Coe. The prolific performer, who most recently provided the voice of Woodhouse, Archer’s long-suffering butler on the hit FX series of the same name, died Saturday, July 18 following a lengthy illness, according to a report by Variety. He was 86.

In the role of Woodhouse, Coe was on the receiving end of many of Archer’s worst impulses, providing the perfect comic foil to the titular spy’s wretched excess. As a tribute, FX has compiled a video showcasing the late actor’s work on the award-winning show:

One of the original members of “Not Ready for Prime Time Players,” the original cast of SNL, Coe acted for more than 50 years in film, television, stage and commercial work, including six years as the voice of Toyota. In addition to his role on Archer, Coe also voiced roles on Star Wars: The Clone Wars and The Legend of Korra.

Born in Jamaica, Queens, Coe's Broadway career began in 1957, and his film credits include the Autobot Wheeljack of Transformers: Dark of the Moon. His television credits include Star Trek: The Next Generation, Gilmore Girls, Bones, Judging Amy, Supernatural, The West Wing, Grey's Anatomy and many more. Coe also served for more than a dozen years on the Screen Actors Guild's national board of directors and was honored with a service award for his work in 2009. George Coe voicing the role of Woodhouse of FX's 'Archer.'