Season 2 of eOne’s preschool animated series, currently in production, will launch in November 2020. 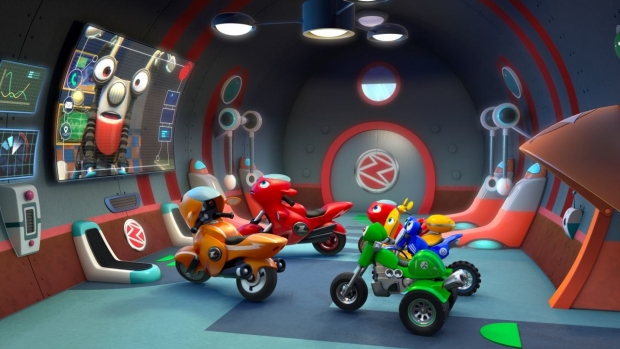 Since its June 2019 debut, Ricky Zoom has achieved high ratings in multiple markets at home and abroad. The show’s combination of speed and stunts introduces a world of biking adventures to little bike-lovers. In China, the arrival of Ricky Zoom on Youku garnered more than 100 million views in the first 12 days. According to the Children's Animation Series 2019 Webcast Data Report provided by Children's Content Observation, Ricky Zoom is listed in second place in the high heat index that ranks new foreign animations in 2019 on Youku, exceeded only by Peppa Pig Season 7.

In international markets, the series has been listed as number one on Nick Jr. in the UK and is also top on the Clan channel in Spain. Ricky Zoom is a top three show on the weekend line up on Treehouse in Canada. It has consistently outperformed channel averages on RAI in Italy, as well as across the LATAM region.

“We are so proud of Ricky Zoom and its success to date,” commented eOne president - family & brands, Olivier Dumont. “It is premium original content produced by the very best talent and our strong roster of international broadcasters has super-charged the series to a high level of awareness around the world. We are very excited for the potential to explore even more ground in the second season. There are so many more stories to tell that will deepen the connection between the characters and our audience, and we look forward to bringing them all-new adventures.”

eOne is working with global master toy partner TOMY to present the launch of Ricky Zoom toys, including a series of six key products based on Ricky and his Bike Buddies. The collection will roll out in multiple territories and markets. To meet consumer demand on the heels of the new toy releases, eOne will present additional licensed merchandise in 2020 and 2021, including books, puzzles and games, arts and crafts, apparel and accessories.