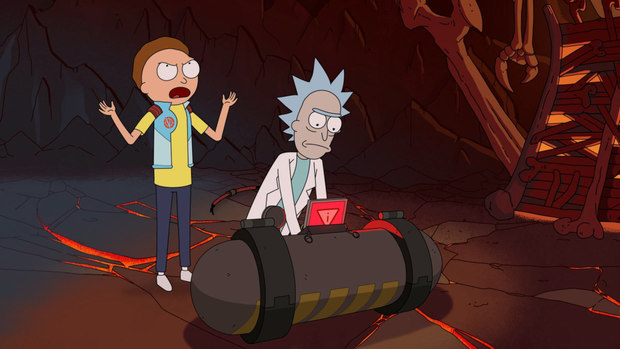 In another major animation programming reveal at WarnerMedia Day, HBO Max has announced that the first three seasons of Adult Swim’s hit animated comedy, Rick and Morty, will be available when the new streaming service launches in May 2020, according to Variety. The announcement comes on the heels of the news that the media giant has just signed a $500 million deal for the exclusive U.S. streaming rights to the entire South Park series run, which includes the current 23 season library plus three new seasons yet to air.

Creators Justin Roiland and Dan Harmon’s series, about a sociopathic genius scientist who drags his inherently timid grandson on insanely dangerous adventures across the universe, became an immediate hit when it launched on Adult Swim in 2013; after a two-year hiatus, Season 4 is set to premiere on November 10. In May 2018, Roiland and Harmon snagged an unprecedented 70-episode order for the critically acclaimed show. Roiland provides the voice for both Rick and Morty; the show also features the voices of Chris Parnell, Spencer Grammar and Sarah Chalke.

Rick and Morty was the No. 1 comedy with millennials across all of television in 2017, and has become a multi-platform sensation in television, digital, gaming, livestreaming, retail and fan experiences.

Rick and Morty, along with South Park, will anchor HBO Max’s young adult animation offering that will also include a selection of Adult Swim series such as cultural phenomenon The Boondocks and Robot Chicken; Crunchyroll’s anime programming; and in a deal just signed for exclusive U.S. streaming rights, the entire feature film library of Studio Ghibli, Japan’s Oscar-winning animation house led by the legendary Hayao Miyazaki.