‘Rick and Morty’ co-creator Justin Roiland leaks a set of images from a new animated series called ‘Solar Opposites’ that might or might not be in development at Fox. 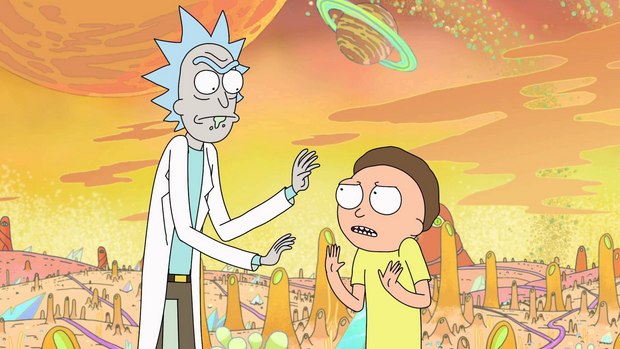 Rick and Morty co-creator Justin Roiland has leaked a set of images from a new animated series called Solar Opposites that might or might not be in development at Fox.

The storyboard-style sketches were posted to Roiland’s Twitter account on Friday, along with a brief description of the show’s premise: A family of genderless, asexual aliens escapes its doomed home world and ends up on Earth living in the suburbs.

Play it safe @pleaseprint said I shouldn't share this, but I'm a rule breaker. In development at @20thcenturyfox : pic.twitter.com/IeYCwdSi7A

Impact day. 200 pairs (and their replicants) were chosen by lottery to blast off in ships the day the comet hit. pic.twitter.com/zwxUC5fjV1

Did I mention that they are A-sexual genderless aliens? Uh oh! Korvo the "clean" one just got home from work! pic.twitter.com/EqAszU9R2Q

Roiland’s partner on the show, Rick and Morty writer Mike McMahan, did not appear to be happy about the leak:

My partner is really flipping out. I wish we were friends with @kanyewest pic.twitter.com/AyNGmZoReM

There’s no word yet on if this is just a pilot or already a full series order, but we do know that the legions of Rick and Morty fans will be keeping a sharp eye out for more news on Solar Opposites.

@pleaseprint How's the weather? I was too busy inside watching infinite reruns of Rick & Morty

(via Den of Geek)