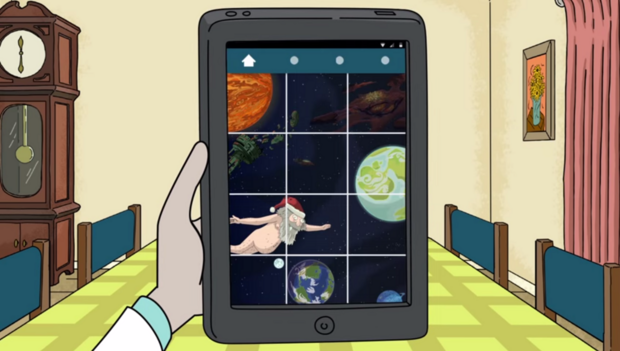 Leading into the season two premiere of Adult Swim’s hit animated series Rick and Morty this Sunday, July 26th at 11:30 p.m. ET/PT, the network has launched a new, first-of-its-kind game on Instagram to take fans even deeper into the show’s ever expanding universe. To start exploring fans can visit the RickandMortyRickstaverse within Instagram.

By tapping once on individual photos, fans can discover tags, which act as portals to different worlds and collectibles. The experience takes advantage of Instagram’s new HD upload standard, with every level, image and video in beautiful 1080p HD quality.

Returning this summer on Adult Swim, Rick and Morty are back with more sci-fi adventures and family squabbles! Rick Sanchez (Justin Roiland) is still living with his daughter Beth’s (Sarah Chalke) family and causing more trouble than ever. This season the rest of the family, his son-in-law Jerry (Chris Parnell), grand-daughter Summer (Spencer Grammer) and grand-son Morty (Roiland) are dragged into Rick’s intergalactic adventures, as he faces new threats and mysteries of his secret past are revealed. Can the family survive Rick’s insanity and all the chaos the universe throws at them?