‘Rick and Morty’ and ‘Solar Opposites’ Workers Move to Unionize

The workers file to join The Animation Guild in a push for increased benefits and protections after their productions’ parent studios declined to voluntarily recognize them. 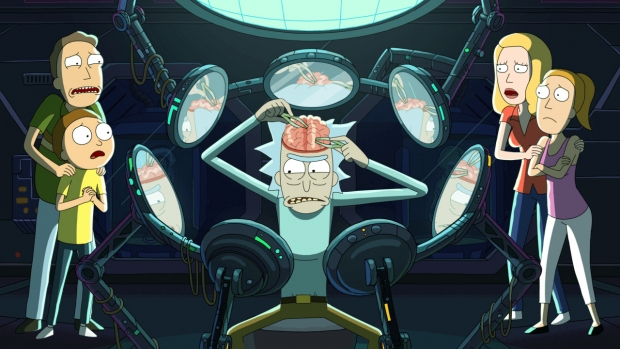 Production workers on Rick and Morty and Solar Opposites have filed to join The Animation Guild (TAG), IATSE Local 839, in a collective bargain for their first union contract. The bargaining unit is comprised of production managers, production supervisors, design assistants, casting assistants, storyboard coordinators, and office production coordinators and assistants.

In a statement issued yesterday, TAG said that the move “follows a request by a super majority of the workers last week to be voluntarily recognized. Attorneys representing both production companies responded to this request by contacting TAG and stating that the productions’ parent studios, Adult Swim and 20th Television Animation, were not willing to voluntarily recognize the entire unit as was proposed by The Animation Guild.”

An agreement was not reached, leading the production workers and TAG to file a petition on February 22 for a union election with the National Labor Review Board (NLRB).

“Production workers are the heart of the animation industry and have been underappreciated and undercompensated for far too long,” says Kallan Zimmerman, production manager on Solar Opposites. “It’s time for us to have a seat at the table alongside our artist colleagues.”

Jennifer Vogan, assistant production manager on Rick and Morty, said that her belief in representation and protection of workers informed her decision to vote yes to unionize with TAG. “We need real benefits and without unionizing, our needs will never be recognized and addressed,” Vogan said.

Dana Bell, design coordinator on Solar Opposites, added, “I’m excited to unite with my coworkers in production who work so hard in these shows, to join forces with the artists at TAG, and to work towards getting the recognition and the benefits that we deserve.”

Just last month, the animation workers at Titmouse New York studios voted to join TAG, a milestone that marked the first time that Local 839 will represent animation workers outside Los Angeles County since its charter was signed 70 years ago.