Richard Percy Jones, who voiced the title character in Disney's 1940 animated film ‘Pinocchio,’ dies at the age of 87 from undetermined causes. 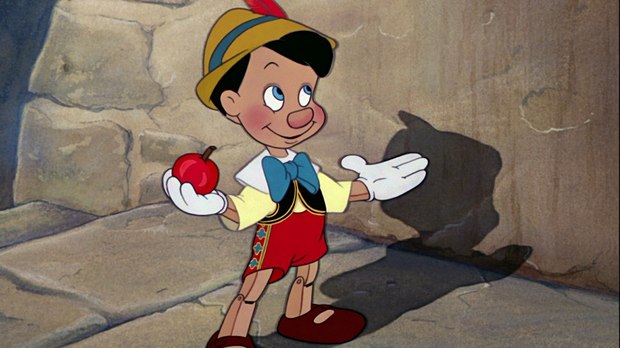 Richard Percy Jones, who voiced the title character in Disney's 1940 animated film Pinocchio, died July 7 at his home in Northridge, CA, according to a report by The Hollywood Reporter. He was 87. The cause of death has not been determined.

Jones voiced the role of the puppet who wants to be a boy -- and whose nose grows each time he tells a lie -- in the classic Disney film as a child actor. He also performed on the songs "Give a Little Whistle," "Hi-Diddle-Dee-Dee" and "I've Got No Strings."

Jones was born February 25, 1927, in Snyder, Texas, and was the son of a newspaper editor. He reportedly worked in Hoot Gibson's rodeo as a trick rider and roper before moving to Los Angeles with his mother to pursue acting.

His first role was an uncredited part in 1934's Burn 'Em Up Barnes. He went on to have small roles in several Westerns, in both film and TV. From 1951-53, Jones played Dick West/Jimmy the Kid in 78 episodes of the TV series The Range Rider. He also made several appearances as various characters on the 1950-54 series The Gene Autry Show and the 1954-55 series Annie Oakley. He went on to play the title character in 1955-56's Buffalo Bill Jr. His last credit was the 1965 film Requiem for a Gunfighter.