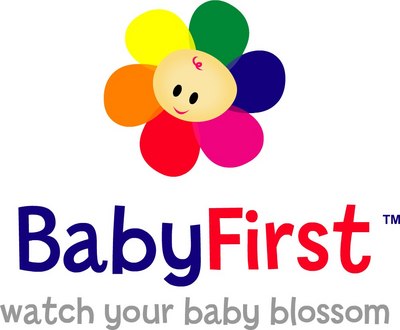 LOS ANGELES -- Iconic entertainment industry executive Rich Frank has joined the Board of Directors for BabyFirst, the child development television network that reaches in excess of 80 million homes worldwide. Frank, whose long and distinguished career encompasses Chairman of Walt Disney Television & Telecommunications, President of Paramount Television Group and a high-profile tenure as President of the Academy of Television Arts & Sciences, also joins New Regency Founder Arnon Milchan and TV Producer and longtime president of ABC-TV Steve McPherson as an investor and shareholder in BabyFirst.

Frank assumes his BabyFirst board member role after having served as a key strategic advisor to the company during which time he helped forge the channel’s successful distribution and programming strategies that have resulted in its impressive viewership and ratings growth.

“We are extremely pleased to announce the appointment of Rich Frank as a member of the BabyFirst Board of Directors. During his role as strategic advisor, Rich has provided invaluable guidance that has helped BabyFirst growth to become a significant player in children’s television in the US and worldwide.  We look forward to continuing to benefit from Rich’s unparalleled creative vision and network expertise, which includes developing and launching several of the most prominent network brands in television, including The Disney Channel, E!, and USA Network,” said Guy Oranim, Chief Executive Officer of BabyFirst.

“2013 has been a significant year of accelerated growth for BabyFirst, as the network’s ratings numbers have more than doubled and have recently exceeded, during daytime, established women’s & kids’ networks including OWN, WE and The Hub, among others. BabyFirst has also demonstrated its unparalleled effectiveness as a co-viewing destination, with 97% of moms watching with children and average daily co-viewing time exceeding all other women’s and children’s networks. As a result, BabyFirst is uniquely positioned for brands that need to communicate directly with moms. I believe that BabyFirst has a huge business opportunity and I am delighted to join its Board of Directors at this exciting time of growth and expansion,” said Frank.

Regarded among the industry’s most prolific network architects, Frank helped develop and oversaw The Disney Channel during his tenure as President of Walt Disney Studios, was one of the founders of USA Network and served on the network’s board, and both acquired with Comcast and ran E! Television.

President of the Academy of Television Arts and Sciences for an unprecedented six years, Frank was honored by the Television Academy in 2007 with the Founders Award, only the eighth time the Academy had bestowed this prestigious honor created to recognize members who have made a significant positive impact on the Academy through their efforts and service over many years of involvement.  In addition to his service with the Television Academy, Frank also served as a board member of the MPAA for eight years. He currently serves as Vice Chairman and Executive Board Member of the American Film Institute, which bestowed upon Frank an Honorary Doctorate degree in June 2011.