Trailer for stop-motion/digitally animated short inspired by a medieval Flemish fable by graduating students Sander Dufourmont and Wouter Geerits wins the Jury Prize at the LUCA School of Arts in Ghent, Belgium. 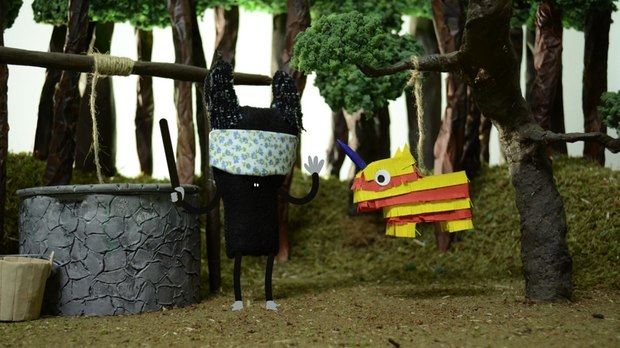 GHENT, BELGIUM -- Sander Dufourmont and Wouter Geerits have released a new trailer for Reynard, the Tale of the Fox, a unique retelling of the medieval Flemish fable “Reynaert the Fox.”

Following a successful Kickstarter campaign to help cover production costs for a trailer for the stop-motion/digitally animated short, the duo used the funds to make a trailer for the fable in a mix of handcrafted stop-motion and digital animation. The goal was to make keep the fable alive and encourage people to discover the full story. The trailer focuses on the critical -- and still relevant -- undertone of the original fable, satirizing human society and revealing our true instincts:

Dufourmont and Geerits are freshly graduated digital design students from LUCA School of Arts Ghent, in Belgium, and won the jury prize of the year with Reynard, the Tale of the Fox as their final project.

“All of our projects are just files on hard drives, intangible ones and zeroes,” the filmmakers explain. “But during our years of course, we discovered that making something with our hands, and experimenting with all sorts of material gave us way more satisfaction in the end. So we decided to make the process of this video very tangible and one big experiment which is now, once again, bundled in just another file of ones and zeroes on our computer.”

All the sets and puppets are handmade, but the puppets have no limbs or faces. After recording them in stop-motion, all arm and leg movements and facial expressions were animated digitally. The faces are drawn by Baksteen B, an illustrator based in Ghent. The voice-over artist, also a fellow country-man, is the very talented Nic De Houwer. For the amazing music and sound-design, the duo went looking outside Belgium and teamed up with GroundBIRD from Sheffield, United Kingdom.

The duo has the ambition to make a short film of the full epic tale of Reynaert the fox, of course again in their own witty translation.