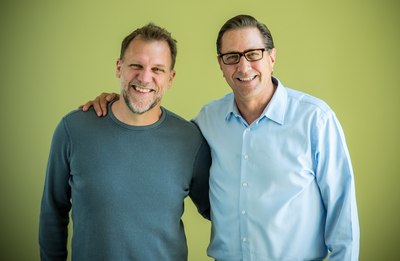 Nimble Collective was unveiled at today’s Citrix Synergy 2015 Conference. Citrix and Nimble Collective are building an intuitive and powerful cloud platform that will empower animators to more easily develop and distribute their content.  With all production capabilities hosted in a secure cloud environment, animators will be able to spend more time creating instead of worrying about the endless hassles of managing complex and costly infrastructure.

Nimble Collective is the brainchild of world renowned animators, groundbreaking technologists and proven startup entrepreneurs. Co-founder and CCO Rex Grignon was most recently the founding head of character animation at DreamWorks Animation, where he oversaw all character animation for blockbuster films, including Madagascar 1, 2 and 3, Antz, and Shrek. Grignon is joined by co-founder and COO Michael Howse, who has built and led numerous startups to successful exit in entertainment, graphics and cloud platform segments that have generated more than $2 billion in revenue and returns. He was integral to the tremendous growth of the consumer 3D category at companies, including 3dfx Interactive (now NVIDIA), and most recently led Bigfoot Networks through its acquisition by Qualcomm in 2012.

“The animation content market generates $90 billion annually, but is still dominated by studios because they can afford expensive technology and tap large-scale budgets,” said Howse. “However, several key trends are driving change -- cloud-enabled application streaming, along with direct-to-consumer video networks democratize content development and distribution that until now would cost individuals and small teams millions of dollars to set up.”

“Nimble Collective is driving a massive shift in animation content creation,” added Grignon.  “Ten million creative professionals will now have a community and platform for collaborating to generate high quality work that they can distribute and profit from in exciting new ways.  Nimble will enable a new generation of creatives to reach huge audiences to build modern brands.”

Nimble is developing a secure end-to-end content development and distribution platform for the animation community. By deploying an “all cloud” service and leveraging the latest in high performance cloud-based graphics systems, the company is able to provide a full animation workspace streamed to anywhere an artist chooses to work.

“High performance cloud-based workspaces are dynamically transforming the market and Nimble Collective is among the most disruptive,” noted Citrix Chief Strategy Officer, SVP & GM of Workspace Services, Geir Ramleth.  “Today at Synergy, Nimble Software showed how they are on the verge of reinventing the animation content industry using advanced Citrix technology that delivers high-demanding graphics capabilities and performance in the cloud.”

The Nimble Collective platform will be available to select partners in late 2015, with launch expected the first half of 2016.  Creative professionals interested in Nimble Collective’s upcoming beta and trial programs can sign-up for more information via the company website.