Classic works by NFB animation studio founder Norman McLaren and frequent collaborator Evelyn Lambart will be showcased at The Museum of Modern Art in NYC. 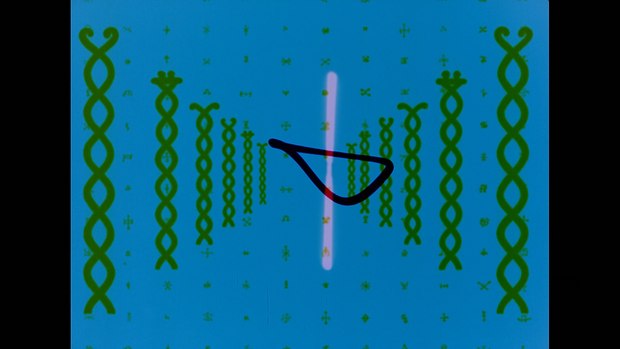 Toronto, Canada -- Four recently restored 3D films from the National Film Board of Canada (NFB) are featured at The Museum of Modern Art (MoMA) in New York City on November 20 and 21, 2014, as part of the lineup for 'To Save and Project: The 12th MoMA International Festival of Film Preservation.'

The festival presents groundbreaking NFB experiments in stereoscopic animation from the NFB, a pioneer in auteur stereoscopic animation. These films are being screened as part of MoMA’s “3D Funhouse” program, featuring works by film legend and NFB animation studio founder Norman McLaren and frequent collaborator Evelyn Lambart, one of Canada’s pioneering women animators.

The NFB films are screening along with a selection of 3D actuality and educational films from the same era produced in the Soviet Union and restored by Gosfilmofond. Eloi Champagne, technical director of the NFB’s Oscar-winning Animation Studio, will introduce the NFB shorts.  Concluding the program are three rarities from the 3-D Film Archive, presented by its founder, Robert Furmanek.

This program of rare short films suggests the international reach of the 3D phenomenon of the late 1940s and early 1950s as well as the range of material created for the new medium. The MoMA screenings take place as the centenary of McLaren’s birth in Stirling, Scotland, is being marked by screenings and events around the world.