Release Dates Set for Illumination’s ‘Migration’ and ‘Despicable Me 4’

New animated comedies from Universal, directed by Benjamin Renner and Chris Renaud, are slated for worldwide theatrical releases in 2023 and 2024, respectively; 'Minions: The Rise of Gru' finally hits theaters July 1. 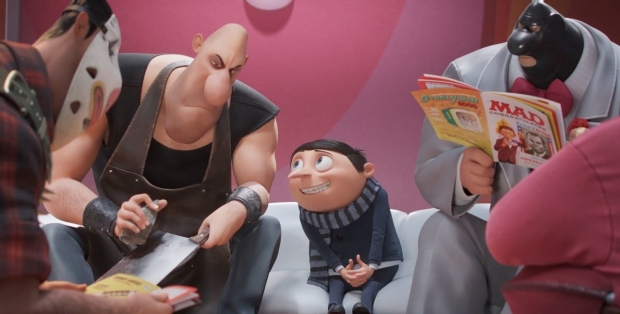 Migration will have its worldwide theatrical release June 30, 2023, opening at the same time as Walt Disney Studios Motion Pictures’ forthcoming addition to the Indiana Jones film franchise. Despicable Me 4 will open worldwide in theaters July 23, 2024.

Directed by Benjamin Renner – nominated for an Oscar in 2012 for the animated film Ernest & Celestine - Migration follows “a family of ducks who convince their over-protective father to go on the vacation of a lifetime as they attempt to migrate from New England, through New York City, and ultimately down to the Bahamas.” Renner is directing from an original screenplay by Mike White (School of Rock, The White Lotus), with Illumination founder Chris Meledandri producing.

Despicable Me 4 is Illumination’s 15th feature collaboration with Universal. The film sees series star Steve Carell reprising his role as Gru - a former supervillain who changes his evil ways to become a father, husband, and secret agent, with the help of his yellow, gibberish-speaking henchmen, the Minions.

This summer, Illumination’s Despicable Me spin-off sequel, Minions: The Rise of Gru, will also hit theaters, after being stalled by the pandemic. That film is set to open July 1, 2022.