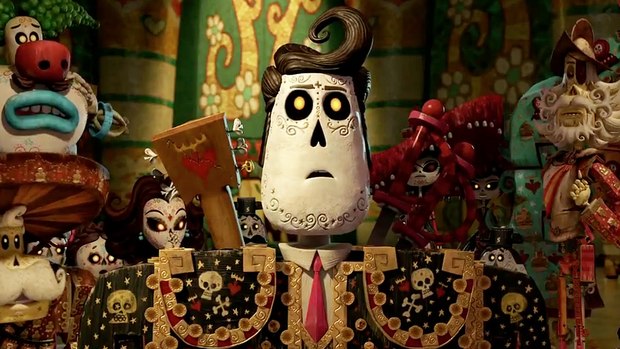 ‘The Book of Life’

Reel FX, the Dallas-based studio behind last year’s acclaimed animated feature The Book of Life, is suing one of its co-founders and other former employees, according to a report by the Dallas Morning News.

The lawsuit accuses Reel FX co-founder Dale Carmen and former employees Gary Banks, Keith McCabe and Dan Ferguson of “abusing their positions of loyalty and trust in order to steal critical business opportunities [and] pocket over $2.6 million in revenue.” Banks previously served as executive producer at Reel FX, while McCabe served as general manager of RFX’s commercial division, and Ferguson served as director of digital interactive.

That case, filed on August 31 in Dallas County court, was moved to federal court on Monday by the defendants, who have denied the allegations. The defendants also filed for Chapter 11 bankruptcy protection on September 28, the same day they received a temporary injunction from Dallas County Judge Staci Williams. A trial date has been set for November 2016.

The lawsuit alleges that Carmen, Banks, McCabe and Ferguson went after new accounts for Reel FX’s recently announced Virtual Reality division with the intention of funneling that business to Carmen Industries, the company Carmen founded in 2011.

Carman and his co-defendants filed a response on September 18, claiming that Carmen Industries took on “economically risky business projects” Reel FX wanted nothing to do with and that Carmen was ousted only after he “told them he had finally made the risky business venture profitable.”

Head over to the Dallas Morning News to read the full story.