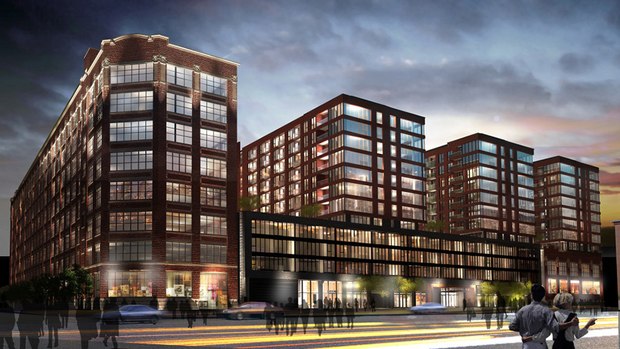 A rendering of Le Nordelec, the future home of Reel FX Montreal.

DALLAS -- Reel FX is adding a Canadian satellite studio in Montreal to its existing offices in Dallas and Los Angeles. The new locale will be another hub for Reel FX Animation Studios, its feature film division, and will also serve as an outpost for the studio’s commercial and VR and AR divisions.

Partners and clients include major studios as well as high-profile game producers. With a proven track record of producing award-winning original animated feature titles, including The Book of Life and Free Birds, this expansion will position Reel FX Animation Studios to partner on the development and production of more top-tier animation titles going forward.

The Montreal studio will be located near the city’s downtown district in the historical building Le Nordelec, which has been recently renovated into an urban loft development, with commercial, retail and residential units, by Allied REIT. The phase one studio build-out will house up to 220 artists, with further expansion plans on the horizon.

“Montreal has seen major growth in feature animation production in the last several years and we are excited to be a part of such a thriving creative community,” says Reel FX Senior VP of Animation David Parrish. “With the lineup of inspiring projects we have in the chute, we look forward to working closely with so many talented Montreal artists.”

Reel FX Animation Studios also recently moved into a new Hollywood location, placing them in closer proximity to the heart of the filmmaking industry and studio locales.