Studio and its specialized training program expect to create 400 jobs over the next three years. 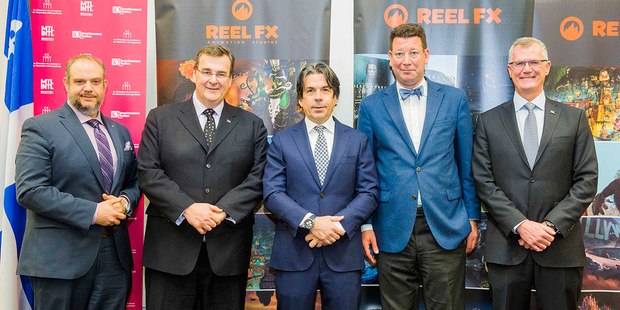 MONTRÉAL -- Reel FX is expanding its operations to Montréal and plans to make the Montréal studio its animation flagship in Canada, thereby creating 400 jobs by late 2020.

A leader in animation in the film industry and in virtual and augmented reality, the U.S. company, which is already established in Dallas and Hollywood, chose Montréal from among several North American cities. With three major films in production at the Montréal studio, the newly recruited team is already working alongside the team at the Reel FX head office in Dallas.

Reel FX will also contribute to the professional development of the next generation through a program called RFX University.

To facilitate the studio’s arrival in Québec, the provincial government is providing Reel FX with assistance by 2020 of over $440,000 to enable a training plan to be carried out with its 400 future employees.

“We decided on Montréal for several reasons, including its unique culture, the amazing talent pool in visual arts, the outstanding quality of the universities, and the competitive operating costs found in Québec,” O’Brien said.

Reel FX has set up in the Pointe-Saint-Charles sector and, by the end of May, will have more than 50 employees at its studio in the Nordelec complex. The company hopes to take in up to 200 by the end of this year and then about 100 annually by 2020, for a total of 400 new jobs. In addition to working on major animated films, those employees will become involved in developing Reel FX’s virtual and augmented reality experiences component through its Flight School division.

Reel FX also intends to make a huge contribution to the city's creative and technological ecosystem by offering a specialized training program for promising young Montréal talent. In late 2018, the company hopes to propose to Montréal a program similar to the one already offered in Dallas. Reel FX University provides six months of paid training to graduates in arts, illustration, animation and similar disciplines. The participants have the chance to work on a current project at Reel FX and then, at the end of the training, have the opportunity to be hired by the company.